14 Conspiracy Theories That The Media Now Admits Are Conspiracy Facts 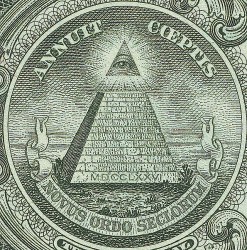 The following are 14 conspiracy theories that the media now admits are conspiracy facts….

Back in April, I published an article entitled “Much Of Northern Japan Uninhabitable Due To Nuclear Radiation?”  At the time, almost everyone in the mainstream media was insisting that Fukushima was nothing like Chernobyl and that those that lived near Fukushima would be able to return to their homes fairly soon.

Well, it turns out that those of us that feared the worst were right after all.  Just consider the following quote from the New York Times….

At the beginning of this year, nobody would have dreamed that the U.S. military would have attacked Libya this year.

But it happened.  At first those that tried to warn about an upcoming conflict with Libya were called kooks, and even up until recently many in the media were still trying to deny that NATO was arming and training the rebels.

Well, the truth is that NATO had special forces on the ground even before the conflict began.

The “rebel groups” (which include large numbers of al-Qaeda fighters) would have been soundly defeated by Gaddafi if not for relentless air strikes by the U.S. military and NATO.

Instead of a straightforward invasion like we saw in Afghanistan and Iraq, the U.S. military and NATO systematically developed, trained and equipped “rebel groups” within the country and have used them as the ground forces for this campaign.

That way the goals of the U.S. and EU could still be achieved, but in the end they would have less blood on their hands.

As the conflict winds down, now even the New York Times is admitting that we have trained and equipped the rebels….

“We always knew there would be a point where the effectiveness of the government forces would decline to the point where they could not effectively command and control their forces,” said the diplomat, who was granted anonymity to discuss confidential details of the battle inside Tripoli.

“At the same time,” the diplomat said, “the learning curve for the rebels, with training and equipping, was increasing. What we’ve seen in the past two or three weeks is these two curves have crossed.”

Sadly, there is still a very good chance that U.S. troops could end up on the ground in Libya.

Many prominent officials are already calling for the U.S. and the EU to provide occupation forces.  Richard Haas, the president of the Council on Foreign Relations, has authored an opinion piece for the Financial Times entitled “Libya Now Needs Boots on the Ground“.

If that happens, it will likely end up being a situation very similar to what we have today in Iraq.

#3 Widespread Use Of RFID Chips In Humans

The doubters said it would never happen.  They said we would never see the day when RFID chips were implanted in humans on a widespread basis.

Well, today there are examples of this all over the world.  One of the most stunning examples recently has come out of Mexico.  According to the Washington Post, “thousands of worried Mexicans” have been having “satellite and radio-frequency tracking products” implanted in their skin in order to protect themselves against abduction.

Well, gold recently crossed the $1900 an ounce barrier, and appears poised to go much higher as global financial instability intensifies.

Those that warned that Barack Obama was going to impose amnesty for illegal immigrants by executive fiat were called “nuts” and “conspiracy theorists”.

Well, it has happened.  The Obama administration has now instituted “backdoor amnesty” for illegal immigrants and even plans to provide them with work permits.

For a long time there were those that claimed that the U.S. government was providing guns to Mexican drug cartels, but nobody wanted to listen.

Well, it is all now a matter of public record.  It turns out that the U.S. government facilitated the transfer of thousands of guns into the hands of Mexican drug cartels.

The following is a brief excerpt from a CBS News report that discusses the fierce opposition that many ATF agents expressed to allowing thousands of guns to be given into the hands of the Mexican drug cartels….

On the phone, one Project Gunrunner source (who didn’t want to be identified) told us just how many guns flooded the black market under ATF’s watchful eye. “The numbers are over 2,500 on that case by the way. That’s how many guns were sold – including some 50-calibers they let walk.”

50-caliber weapons are fearsome. For months, ATF agents followed 50-caliber Barrett rifles and other guns believed headed for the Mexican border, but were ordered to let them go. One distraught agent was often overheard on ATF radios begging and pleading to be allowed to intercept transports. The answer: “Negative. Stand down.”

CBS News has been told at least 11 ATF agents and senior managers voiced fierce opposition to the strategy. “It got ugly…” said one. There was “screaming and yelling” says another. A third warned: “this is crazy, somebody is gonna to get killed.”

Amazingly, three of the key ATF officials involved in putting thousands of guns into the hands of Mexican drug cartels were recently promoted.

We probably won’t see them ban fluoride any time soon, but for them to even acknowledge a problem with fluoride is a major step.  In a recent article on CNN, it was reported that the federal government is now saying that high levels of fluoride in the water have now officially been linked with fluorosis….

The Department of Health and Human Services and Environmental Protection Agency are proposing the change because of an increase in fluorosis — a condition that causes spotting and streaking on children’s teeth.

We were always told by the media that the Federal Reserve was “above politics” and that it did not show favoritism.

Well, we all know now that the Fed is deeply corrupt and about the only people that they actually help are their friends.

It turns out that the Federal Reserve very quietly showered the big banks and their friends with hundreds of billions of dollars in loans at rates that were substantially below market during the financial crisis.  While Wall Street was being flooded with easy loans, none of the small banks that were deeply suffering and no average Americans got any money.

For years, “conspiracy theorists” have been claiming that cell phone use can cause cancer.

Well, the mainstream media is starting to catch up.  Some very startling scientific studies have come out recently that are hard to ignore.

The following is an excerpt from a recent CNN article about one of these studies….

At the highest exposure levels — using a mobile phone half an hour a day over a 10-year period — the study found a 40 percent increased risk of glioma brain tumors.

#10 The Credit Rating Agencies Are Corrupt

We have all been taught that the credit rating agencies are supposed to be objective.

But in the real world things are not that simple.

For example, just a short time after long-term U.S. government debt was downgraded, the head of Standard & Poor’s is resigning, and is being replacedby Douglas Peterson, the former COO of Citigroup.

Do you think the former COO of Citigroup is going to come down hard on his former comrades over at the big Wall Street banks?

Also, a whistleblower has come forward with some stunning revelations about Moody’s.  The following is what former analyst William Harrington says was going on over at that credit agency during the financial crisis….

Growing up, I never even imagined that prescription drugs could be dangerous.  I had complete faith in the medical community and the government to only allow drugs on the market that were fully tested and proven to be 100% safe.

Well, I was dead wrong.  The truth is that adverse reactions to prescription drugs kill a huge number of Americans every year.  A recent Vanity Fair article entitled “Deadly Medicine” began with the following statement….

Prescription drugs kill some 200,000 Americans every year. Will that number go up, now that most clinical trials are conducted overseas—on sick Russians, homeless Poles, and slum-dwelling Chinese—in places where regulation is virtually nonexistent, the F.D.A. doesn’t reach, and “mistakes” can end up in pauper’s graves?

#12 Bisphenol-A Is Linked To Infertility

A very common chemical known as bisphenol-A is found in thousands upon thousands of our plastic products.  It also turns out that it has some really nasty effects on the human body.

Fortunately, some in the mainstream media are beginning to acknowledge this.  Back in October, one of the largest UK newspapers published an article entitled “Bisphenol-A now linked to male infertility” which made the following unequivocal statement about the dangers of BPA….

Bisphenol-A (BPA), known as the “gender bending” chemical because of its connection to male impotence, has now been shown to decrease sperm mobility and quality.

The amount of money that has been donated to the campaigns of those on the “Super Congress” is absolutely astounding.

Just check out what a recent CNBC article had to say about the matter….

Overall, according to the center’s research, the dozen super committee members have raised more than $50 million from the finance, insurance and real estate sector since the 1990 election cycle.

How much influence do you think 50 million dollars is going to buy?

#14 The Targeting Of Christian Groups

We are increasingly hearing from the Obama administration and some members of Congress that we need to be really concerned about “homegrown terrorists” and “Christian extremists”.

For example, during a recent Congressional hearing U.S. Representative Sheila Jackson Lee warned that “Christian militants” might try to “bring down the country” and that such groups need to be investigated.

Not only that, a Department of Homeland Security report on “right wing extremism” from April 2009 lists the following people as potential terrorists….

-those that believe in “end times” prophecies

-those that believe abortion is wrong

-those that stockpile food, ammunition or weapons

-those that are against same-sex marriage

-those that believe in “New World Order” conspiracy theories

I don’t know about you, but when the federal government starts targeting people based on their religious beliefs, that makes me very nervous.

This world is officially going crazy.  So don’t blame “conspiracy theorists” for wanting to dig around and get the facts.  The mainstream media sure doesn’t give us much of the truth.

As the world continues to fall apart and as the propaganda from the mainstream media gets even more blatant, the hunger for the truth is only going to grow.

Who knows?  Perhaps before it is all over you will be a “conspiracy theorist” too.