The opening of a long-awaited Jersey City bar has been marred by a dress code sign that some have interpreted as racist [2].

The references to oversized jewelry, low and belt-less pants, and head gear, particularly, were seen by some as racially specific and led a number of patrons to take to social media to question if the bar is expressly attempting to keep patrons of color out of the premises. 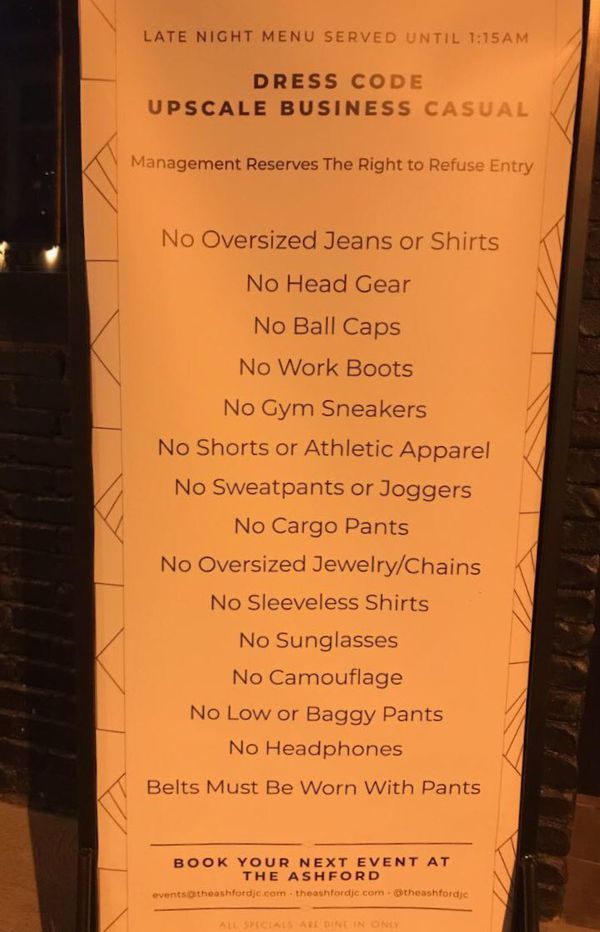