Arbabsiar thought he was involved in a drug deal

Details emerging from the dubious Iranian terror plot strongly suggest that the plan to assassinate a Saudi ambassador was concocted not by Mansour J. Arbabsiar, who thought he was overseeing a drug deal, but by the DEA informant working on behalf of the federal government. 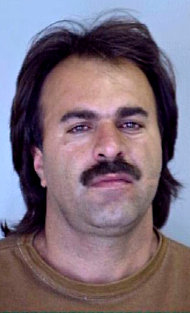 “The legal document describing evidence in the case provides multiple indications that it was mainly the result of a Federal Bureau of Investigation (FBI) sting operation,” reports Asia Times’ Gareth Porter.

The document confirms that the assassination plan was “originated with and was strongly pushed by an undercover DEA [Department of Drug Enforcement] informant, at the direction of the FBI”.

Geopolitical experts have almost universally questioned why the highly professional Iranian Quds Force would hire a washed up used care salesman who had a drinking problem and a propensity for hookers to be the “mastermind” behind such a sophisticated operation, and why that operation would take place in the United States when it would be far easier to carry out the assassination in the middle east.

It now appears that Iranian-American patsy Mansour Arbabsiar thought he was merely involved in a drug deal to sell large amounts of opium from Afghanistan, and that the terrorist angle was introduced by “CS-1” – the DEA informant working on behalf of the FBI.

“On May 24, when Arbabsiar first met with the DEA informant he thought was part of a Mexican drug cartel, it was not to hire a hit squad to kill the ambassador. Rather, there is reason to believe that the main purpose was to arrange a deal to sell large amounts of opium from Afghanistan,” writes Porter.

The legal document fails to list any single example directly attributable to Arbabsiar where he mentions killing the Saudi ambassador.

“Both that language and the absence of any statement attributed to Arbabsiar imply that the Iranian-American said nothing about assassinating the Saudi ambassador except in response to suggestions by the informant, who was already part of an FBI undercover operation,” adds Porter.

Indeed, the record shows that it is the informant who constantly refers to the assassination. When Arbabsiar wired $100,000 dollars to an account in New York in August, he still did so under the impression that the money would be used in connection with the drug deal, the legal document shows.

The DEA informant himself was under pressure to pull off the sting because he had already been charged with a narcotics offense and was posing as a drug cartel operative in return for the charges against him being dropped.

It appears as though the entire plot was, similar to a myriad of previous terror cases, a case of entrapment where the FBI deliberately chooses an individual down on his luck and promises him money and importance, radicalizing him in the process and convincing him to commit criminal activities. Even so, there is no specific example where Arabsiar directly advocates killing the Saudi ambassador.

As we reported yesterday, an FBI insider who spoke with retired U.S. Army Lieutenant Colonel Anthony Shaffer told Shaffer that no details of a terror plot existed within the Department of Justice files, indicating that the story was largely fabricated by the Obama administration as a pretext to give Israel the green light to attack Iran’s nuclear facilities, which many geopolitical observers are warning is only weeks away.