UPDATE: King deleted the tweets, but he has not been suspended by Twitter.

Black Lives Matter leader Shaun King described the terrorist who tried to massacre Border Patrol officials as a martyr and said his deranged manifesto was “beautiful”.

69-year-old Willem Van Spronsen was shot dead by police on Saturday morning at an ICE facility in Washington State after he threw molotov cocktails in an attempt to ignite a propane tank. He was also armed with an AR-15 semi-automatic weapon.

Van Spronsen’s manifesto subsequently emerged in which he stated, “I am Antifa” and said the attack was a protest against the establishment of “concentration camps” in the United States.

Despite the fact that Van Spronsen is a domestic terrorist who literally tried to kill Border Patrol officers, Black Lives Matter mouthpiece Shaun King praised him on Twitter. 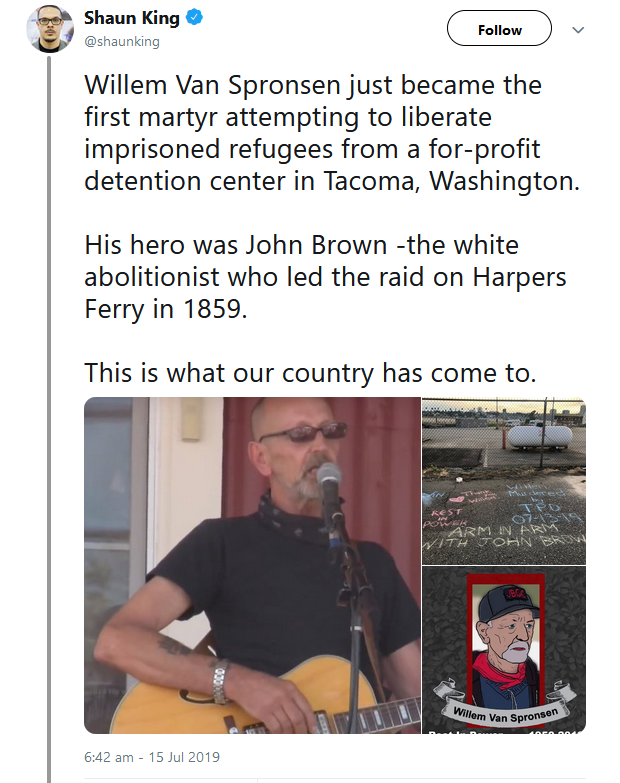 He then described Van Spronsen’s manifesto as “beautiful” and added, “He wasn’t crazy -inaction is.” 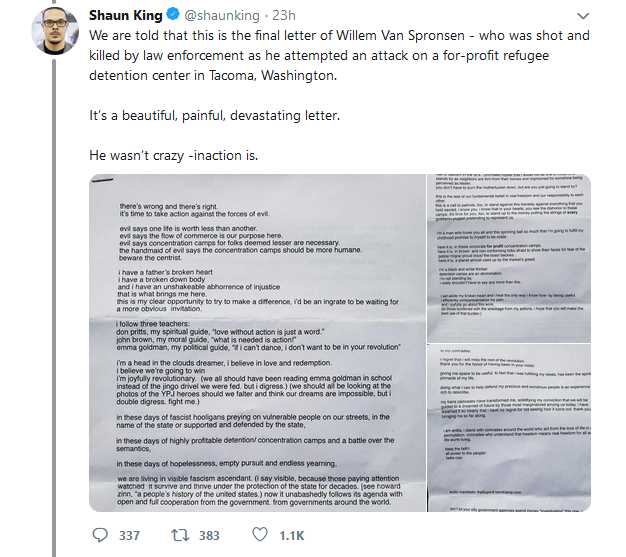 King then tweeted an image of tributes to Van Spronsen and commented, “His mind was very clear.” 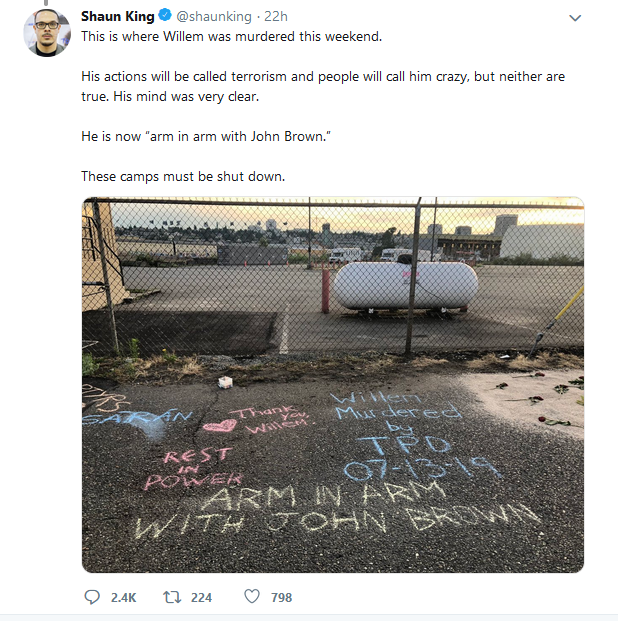 King’s tweets are a direct violation of Twitter’s rules, which state, “We…prohibit the glorification of violence,” but his account has not been restricted. 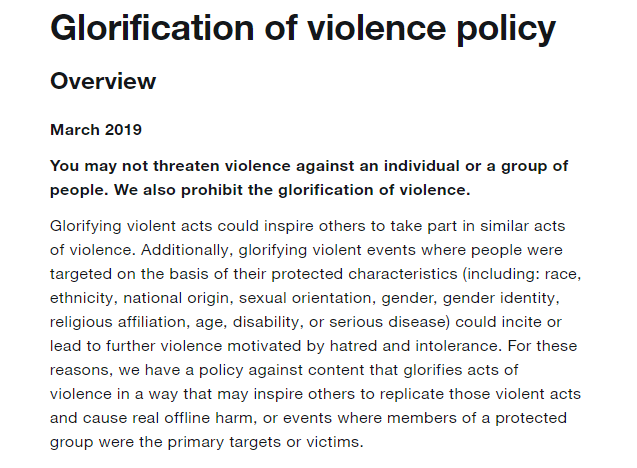 As we highlighted yesterday, both Alexandria Ocasio-Cortez and Ilhan Omar refused to condemn the attack despite the terrorist using the same “concentration camp” rhetoric as they did.

Van Spronsen also previously appeared on a CNN show because he was a member of a far-left gun club described as the “good guys” by a CNN host.