QUESTION: Is there a pattern? 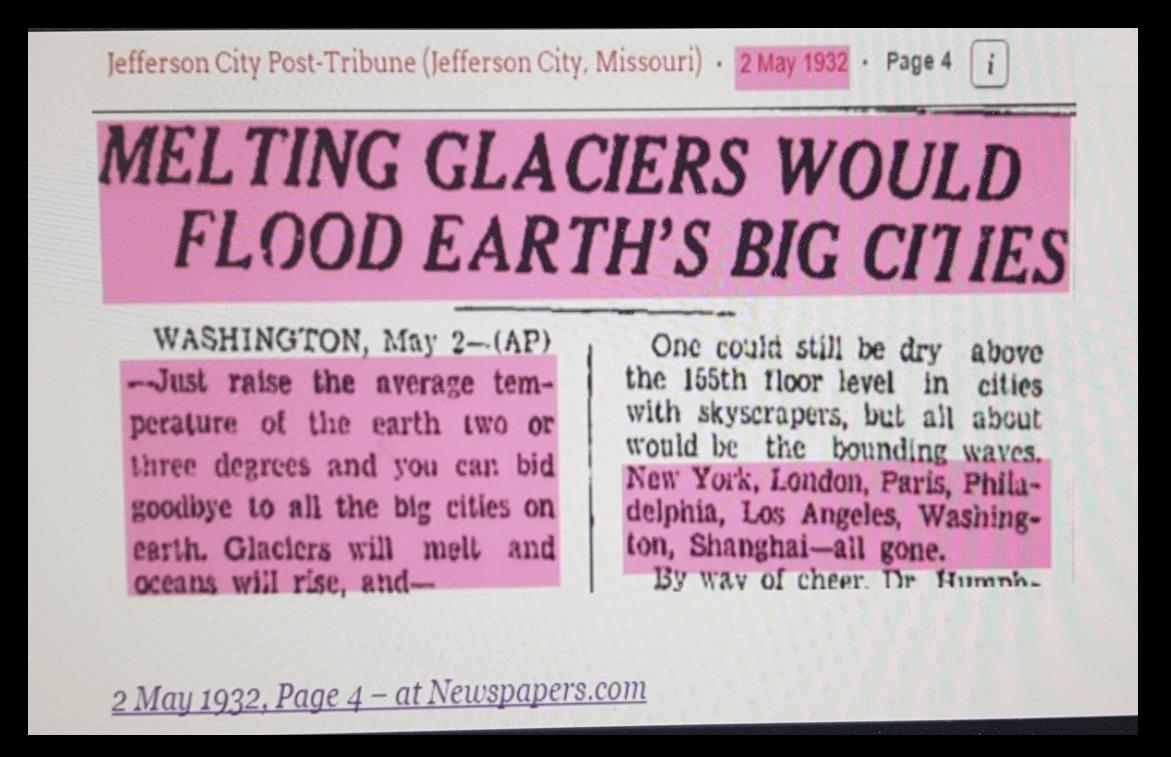 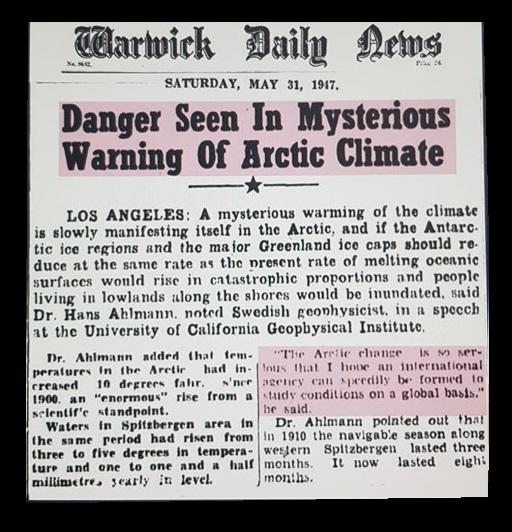 ANSWER: For whatever reason, these people have been promoting that the cities will all sink and we are the cause of it all.

They have been touting this scenario since the 1930s when there was the Dust Bowl. It resurfaced after World War II when they were trying to stop rebuilding industry and the housing market which had been destroyed. The same argument appeared again in the 1960s when there was a great expansion in housing.

However, during the 1970s when things got colder, everything flipped upside down and then it was global cooling that would destroy civilization.

On April 28, 1975, Newsweek magazine published an article in which they sounded the alarm bell and proposed solutions to deliberately melt the ice caps:

“Climatologists are pessimistic that political leaders will take any positive action to compensate for the climatic change, or even to allay its effects. They concede that some of the more spectacular solutions proposed, such as melting the arctic ice cap by covering it with black soot or diverting arctic rivers, might create problems far greater than those they solve. But the scientists see few signs that government leaders anywhere are even prepared to take the simple measures of stockpiling food or of introducing variables of climate uncertainty into economic projections of future food supplies.”

Then TIME magazine’s January 31, 1977 edition had the cover story featuring “The Big Freeze.” They reported that scientists were predicting that Earth’s average temperature could drop by 20 degrees fahrenheit. Their cited cause was, of course, that humans created global cooling. It just seems that humans are so powerful we can alter the universe but cannot manage to create corrupt-free governments.

The difference this time is they have been able to get governments interested on the basis that they can stop it by raising taxes. Canada imposed a $1,000 tax per home to stop global warming. Perhaps the theory is if the politicians get more money they will speak less and reduce the hot air they spout out by yelling the end is near.

I see this as a derivative of the Populationists theory which was instituted by Thomas Robert Malthus (1766-1834). It was Malthus who first published his “Essay on the Principle of Population as it Affects the Future Improvement of Society” in 1798. He published it anonymously, afraid to put his name on it, but he was soon discovered to be the author. Malthus argued that the resources of production would be exceeded by the population leading to real misery.

Malthus’ theory proved to be completely wrong because he too failed to comprehend that there are cycles to everything. He never considered the cycle in technology and how farming has improved from ancient times up to his own time during the 18th century. Of course, food production has more than kept pace with population growth and even the population goes through cycles. Currently, birth rates have been declining. Then there are diseases and plagues that visit our societies, not to mention war, which all combines to thin the herd so to speak.

The climate has ALWAYS moved cyclically. Anyone who dares to argue that climate change is NOT caused by humans is ridiculed because this is a political issue being used to raise taxes and to regulate human activity by removing ever-greater proportions of our human rights and freedom. Those who attack anyone who denies human-induced climate change are either brainwashed or have a self-interest in the entire scam.