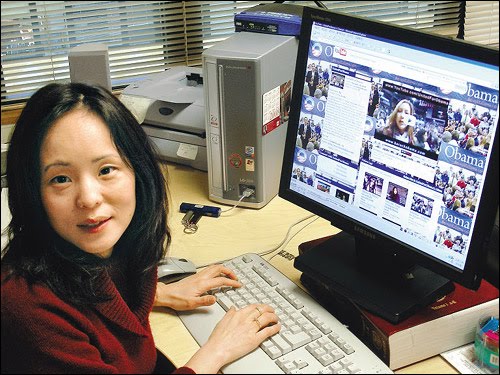 Billed as an alternative grassroots movement to the Tea Party, which has been for the most part absorbed by mainline Republicans and Neoconservatives, the “Coffee Party” promised to wake up politically minded Americans and offered a different avenue for the freedom movement.

However, the so called founder of the Coffee Party has been quickly exposed as an Obama campaign operative, whose caffeine concept was purely designed to undermine and co-opt the Tea Party ideology.

Described as “a documentary filmmaker who lives outside Washington”, Annabel Park has amassed some 40,000 members via a Facebook page.

“We’re not the opposite of the Tea Party,” Ms. Park, 41, told the New York Times. “We’re a different model of civic participation, but in the end we may want some of the same things.”

“We need to roll up our sleeves, put our heads together and work it out,” she said. “That’s, to me, an American way of doing this.”

The slogan is “Wake Up and Stand Up.” The mission statement declares that the federal government is “not the enemy of the people, but the expression of our collective will, and that we must participate in the democratic process in order to address the challenges we face as Americans.”

At first glance this sounds like attractive stuff to concerned Americans who are sick and tired of big government ruling over their lives. However, a quick background search on Miss Park reveals her real intentions.

Park campaigned for Obama in 2008 and was one of the organizers and operators of the influential United for Obama video channel at YouTube.

“I found that people have little understanding of the change that Senator Barack Obama is advocating. I thought from my experience in using videos for civil movements that videos would be the best way to promote the need for change and for Obama. That’s why I decided to work for the Obama campaign,” Annabel Park said.

She made over twenty promotional videos for the Obama campaign that drew tens of thousands of views.

William A. Jacobson of Le-gal In-sur-rec-tion has the full story.

The revelation, along with the discovery that Park is a former Strategy Analyst at the NY Times, [Park’s Linked In page has been taken down, here is a cached link] explains why she has received a great deal of mainstream media coverage recently.

The Times and the Washington Post both ran glowing articles on Park in the last week, a factor that immediately raised suspicion over her grassroots credentials.

Clearly, either the newspapers were incapable of googling her name or taking five minutes to look into her activities, or they were fully aware of Park’s intentions and background and chose not to include it in their pieces.

In addition, Park’s various tweets reveal that, far from being open to working with Tea Party activists, Park appears to have a vitriolic hatred of them:

“The Coffee Party simply is part of the perpetual Obama campaign, a means by which to subvert the real grassroots Tea Party movement by co-opting part of the message, but in a way which supports keeping Obama in power.” Jacobson writes.

“Much like a parasite which feeds off of and ultimately takes over the host.”

The author of the New York Times piece has since declined a request by Jacobson to update her article on Park with this information.

Unfortunately, the Coffee Party is simply another example of the entrenched political establishment piggy backing on the unstoppable grassroots liberty movement in an attempt to manipulate and control it.