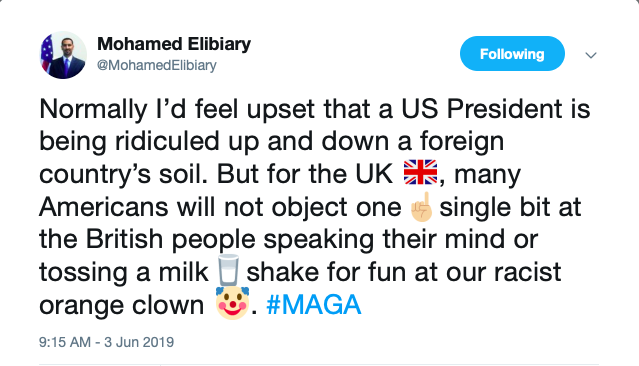 This guy was senior member of DHS’ Homeland Security Advisory Council (HSAC) under Obama, this despite being a supporter of the Muslim Brotherhood. He was not reappointed to the position in the wake of multiple controversies including after questions were raised about “inappropriate disclosure of sensitive law enforcement documents,” as the letter from DHS frames it.

There were allegations he accessed law enforcement documents and leaked them to the media. The Obama DHS claims there was an investigation that revealed he hadn’t done anything improper but when Judicial Watch tried to get the investigative records pursuant to FOIA, DHS claimed they had no such records. Here’s more from PJ Media’s Patrick Poole on the matter.