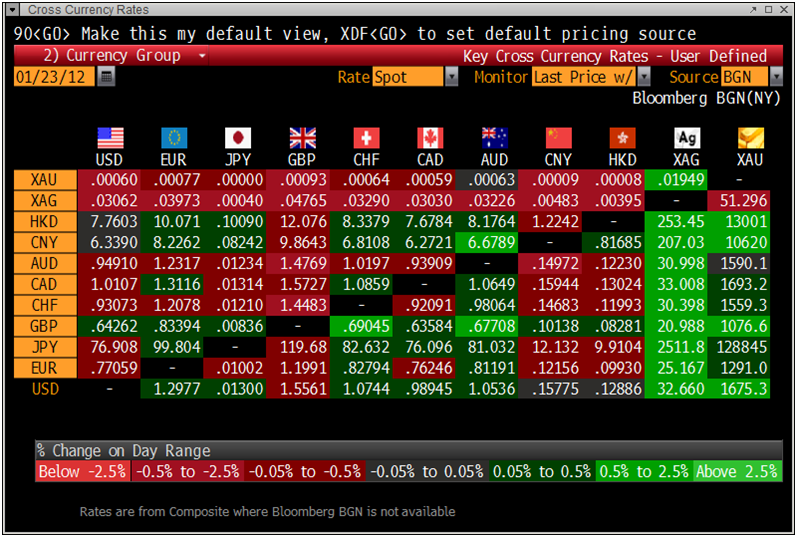 Gold jumped to its highest in more than a month as result of the uncertainty over of the Greek debt outcome and the growing geopolitical tensions with Iran and the US and Nato countries.

The Iranian geopolitical tension is supporting gold as Britain, America and France have delivered a clear message to Iran, sending six warships led by a 100,000 ton aircraft carrier through the highly sensitive Strait of Hormuz.

Reuters report that the EU has agreed to freeze the assets of the Iranian central bank and ban all trade in gold and other precious metals with the Iranian Central Bank and other public bodies in Iran.

According to IMF data, at the last official count (in 1996), Iran had reserves of just over 168 tonnes of gold. The FT reported in March 2011 that Iran has bought large amounts of bullion on the international market to diversify away from the dollar, citing a senior Bank of England official.

Currency wars continue and are deepening.

Many Asian markets are closed for the Lunar New Year holiday which has led to lower volumes.

Of note was there was an unusual burst of gold futures buying on the TOCOM in Japan, which has helped the cash market to breach resistance at $1,666 an ounce.

Investors are also waiting for euro zone finance ministers to decide the terms of a Greek debt restructuring later today.  This would be the second bailout package for Greece.

The risk of contagion in Eurozone debt and wider markets is leading to continued safe haven demand for gold. 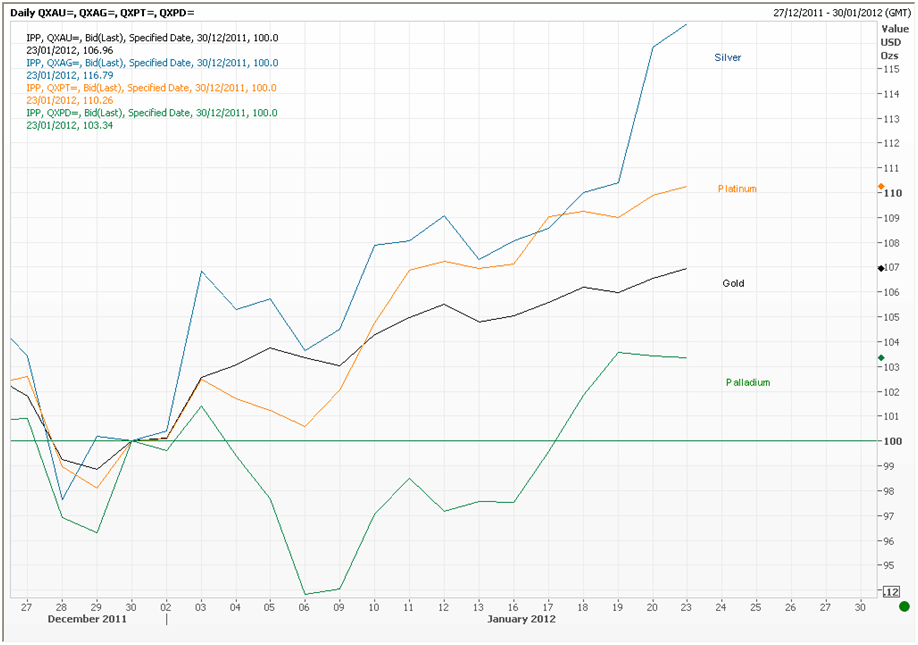 Silver surged 8% last week and is up nearly 20% so far in 2012 – thereby outperforming the other precious metals and nearly all assets.

Silver cut through resistance at $31 like knife through butter on Friday. Next resistance is $33 then and $35 and then the big $50.

Increasing speculation that the Fed will soon embark on another round of quantitative easing or QE3 is also supporting the precious metals and confirmation of QE3 could see gold reach $1,700/oz in short order.