A Homeland Security training manual belies claims made by DHS representatives during a Congressional hearing last week that the federal agency is only monitoring social media outlets for “situational awareness,” and proves the fact that Bis Sis is also tracking online criticism of government, including discussion of airport body scanners. 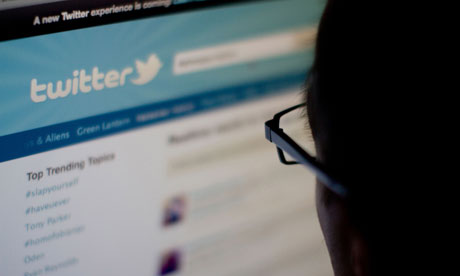 “Analysts for a Department of Homeland Security program that monitors social networks like Twitter and Facebook have been instructed to produce reports on policy debates related to the department, a newly disclosed manual shows,” reports the New York Times.

The controversy over DHS spying on social media erupted last month following the release of 300 documents which detailed how DHS had hired an outside contractor, General Dynamics Advanced Information Systems, to monitor social media outlets along with a list of websites, on a “24/7/365 basis,” in order to uncover “any media reports that reflect adversely on the U.S. Government and the Department of Homeland Security.”

During a subsequent Congressional hearing on the matter, DHS representatives Mary Callahan and Richard Chávez denied the fact that tracking criticism of government agencies formed any part of the program, and that the effort was merely aimed at developing “situational awareness” of potential threats, mostly related to extreme weather events.

However, the 2011 manual makes it abundantly clear that the program was a backdoor effort to keep tabs on what the American people were saying about not just the DHS, but a whole host of federal agencies, including the CIA, the ATF, the TSA, FEMA, as well as organizations outside of the U.S. government such as the United Nations and the Red Cross.

The ‘items of interest’ listed in the document which require monitoring of social media include, “policy directives, debates and implementations related to DHS.”

In addition, the list of keywords the DHS is tasked with monitoring include terms that have little to do with “situational awareness.”

During last week’s hearing, Callaham claimed that such keywords were restricted to “you know, flood, tornado and things like that.” In reality, the manual also directs DHS analysts to search for terms such as “China, cops, hacking, illegal immigrants, Iran, Iraq, marijuana, organized crime, police, pork and radicals.”

The words “militia,” “riot,” “body scanner,” and “nationalist” are also included in the list of keywords the DHS is tasked with monitoring.

The fact that Homeland Security is monitoring what people say about airport body scanners, in the aftermath of a wider national basklash against the TSA as a whole, dovetails with how the TSA has subjected people who refuse to use them to undue suspicion and questioning.

“The D.H.S. continues to monitor the Internet for criticism of the government,” EPIC’s Ginger McCall said in reference to the document. “This suspicionless, overbroad monitoring quells legitimate First Amendment activity and exceeds the agency’s legal authority.”