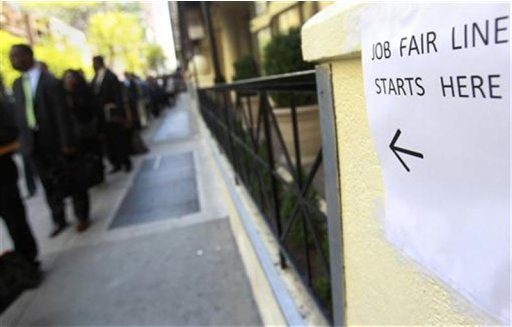 The privately owned Federal Reserve will pump more fiat dollars into the economy as job growth showed a sharp decline in August.

“While the unemployment rate dropped to 8.1 percent from 8.3 percent in July, that was because so many Americans gave up the hunt for work,” reports Reuters.

That number is seriously off the mark, of course. The real unemployment rate is over 20 percent. The government’s U-6, which gives a more complete figure of how many people are really out of work, pegged the rate 14.9 percent at the start of August.

…in August another 8 million Americans were working part time, double what it was at the start of the Depression. Additionally, 5.2 million, also double the number 4 years ago, are marginally attached to the labor force. Combined, this adds up to 25.8 million, which is the real number of interest, even ignoring the nearly 400,000 who mysteriously dropped out of the labor force.

Endemic unemployment, under-employment and “low wage bias” by corporations who are adopting the China slave wage model, is now the rule of the day for those who lost their jobs in the bankster and neo-mercantilist engineered depression now moving along at a steady clip.

“This weak employment report, in jobs, wages, hours worked and participation is probably the last piece the Fed needs before launching another round of quantitative easing next week,” market strategist Joseph Trevisani told Reuters.

“The costs of non-traditional policies, when considered carefully, appear manageable, implying that we should not rule out the further use of such policies if economic conditions warrant,” he said.

Bernanke also said unemployment will continue unless “the economy begins to grow more quickly than it has recently” and it will remain vexing for some time.

“If zero interest rates and quantitative easing could really solve unemployment, there would be no reason not to maintain such policies in perpetuity. Such policies, however, lead to the formation of asset bubbles,” Rep. Ron Paul warned during the last QE boondoggle. “The next bubble is already forming, although which sector will be hit hardest remains to be seen.”