COMMENT: ABC recently reported on a letter signed by 250 scientists published in the journal Science.
The letter is accompanied by a photo of a lone Polar Bear on an ice berg credited to ISTOCKPHOTO.COM. The photo is a fake with the following note in the photo caption at Istockphoto: “This images is a photoshop design. Polarbear, ice floe, ocean and sky are real, they were just not together in the way they are now.” 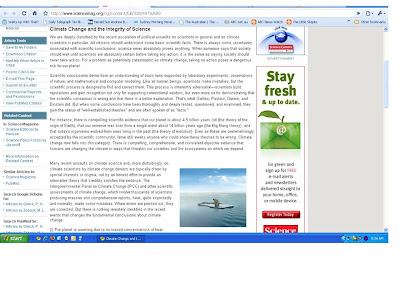 The same background is also available with one emperor penguin (HERE) or three (HERE).

What does the use of a faked photo say about the scientific credibility of the journal in question?

Wonder why the ABC didn’t pick this one up, they do have previous experience with Polar Bears.