‘Fuck the Guardian’. That was the slogan on Morrissey’s t-shirt, on ending his latest tour at the Hollywood Bowl in LA. This newspaper, according to the Mancunian sage, is ‘the voice of all that is wrong and sad about modern Britain’. 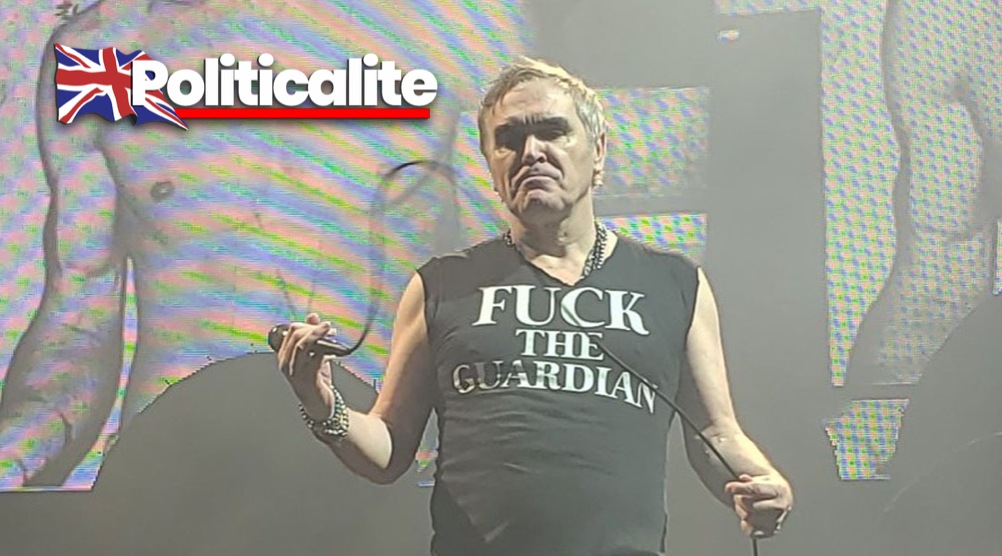 He’s right – just as he was right immediately after the EU referendum when he warned that the establishment would conspire against the result. The Guardian likes Brexit as much as Morrissey likes hamburgers: every page of its arts and book reviews refers to this democratic mandate as a disastrous reversal of cultural progress. Its writers repeatedly warn of a reprise of 1930s fascism.

But Morrissey was not only thinking of the paper’s contempt for democracy. The metropolitan elite Guardian is ashamed of Britain, obsessed with divisive identity politics (racism, sexism and transphobia), and belittling of the ordinary people. Climate alarmism and the conspiracy theories of Carole Cadwalladr. Having neatly dichotomised public figures into virtuous or evil, it reserves the haughtiest and vitriolic columns for those who betray the cause.

As frontman of the Smiths, Morrissey was lauded for his anti-Thatcher and republican views. But it started to go wrong for the liberal-left media in his subsequent solo career, with the song ‘National Front Disco’ and the line ‘England for the English’ perceived as glorifying racism. ‘Bengali in Platforms’ spurred a Guardian article ‘Why this British Asian doesn’t listen to Morrissey any more’ by Jeevan Vasagar, who was troubled by his hitherto hero draping himself in a Union Jack.

Meanwhile Morrissey’s veganism was deemed a positive attribute, until his recent support for Anne-Marie Waters, leader of the supposedly ‘far right’ For Britain Movement. Waters is a not only a vegan but also a lesbian and feminist, which would otherwise cover her in glory in the Guardian, but instead she is pilloried as an Islamophobe.

‘The most depressing aspect of my musical fandom has been the slow realisation that someone I thought was so clever – so clever – has all the smarts of a cement mixer.’

Could McMahon tell us how something so right can become so utterly wrong, without consulting the manual Nineteen Eighty-Four? Tolerance, that self-declared value of liberal lefties, is selectively applied. Remember when Kate Bush albums were offloaded to charity shops by countless Guardianistas after the ‘Wuthering Heights’ warbler confessed to voting Conservative. And as for Kanye West, who shockingly professed his support for Donald Trump, perhaps the Guardian will ask Richard Dawkins to review his new album ‘Jesus is King’.

Responding to Morrissey’s slogan, columnist Suzanne Moore tweeted that here was free advertising for the Guardian. Anything Morrissey dislikes is now officially good! But among his legions of fans, many will know what he means, and some current Guardian readers may begin to see the light. Do they believe Morrissey or Owen Jones?

When so many singers and other celebrities toe the line for the sake of their careers, we should honour the man who stands up to the PC bullies. Let Big Mouth strike again and again, because he’s our Big Mouth. And he’s well on the way to becoming a national treasure.