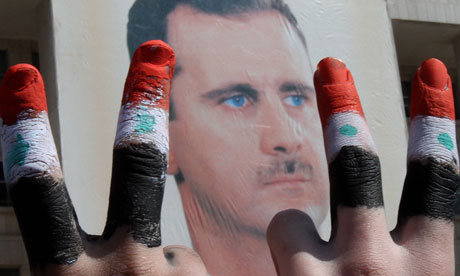 Former French General Jean Rannou has outlined the technicalities of a NATO attack on Syria as a bid to topple Bashar al-Assad’s regime moves closer despite the ongoing failure of NATO’s campaign in Libya to defeat Muammar Gaddafi.

Speaking with the EU Observer, Rannou warned that any attack would worsen the country’s internal situation, something that doesn’t appear to have been of much concern to NATO in Libya, but that Syria would be left largely defenseless if western powers launched an attack.

“I don’t see any purely military problems. Syria has no defence against Western systems … [But] it would be more risky than Libya. It would be a heavy military operation,” said Rannou, former chief of the French air force.

“Nato member countries would begin by using satellite technology to spot Syrian air defences. A few days later, warplanes, in larger numbers than Libya, would take off from the UK base in Cyprus and spend some 48 hours destroying Syrian surface-to-air missiles (SAMs) and jets. Alliance aircraft would then start an open-ended bombardment of Syrian tanks and ground troops,” states the report, adding that the Syrian air force would pose little threat to such a plan.

Efforts to isolate Syria in the build up to a military attack accelerated this week after the Guardian reported that President Barack Obama is poised to make a speech in which he directly calls on Assad to step down.

Russian envoy to NATO Dmitry Rogozin has warned that NATO’s plan to attack Syria is part of a build-up that will eventually target Iran and lead to “a large-scale war in this huge region”.

“The planning [of the military campaign] is well underway. It could be a logical conclusion of those military and propaganda operations, which have been carried out by certain Western countries against North Africa,” Rogozin said in an interview with the Izvestia newspaper published last week.

Russia is fully expected to veto any UN mandate which precipitates a move against Assad. However, Russian President Dmitry Medvedev’s decision to endorse NATO-led campaign in Libya, with Russia having initially abstained from voting on UN Resolution 1973 back in March, suggests that opposition to an attack on Syria may be weakening.

Indicating that an assault on Syria is in the pipeline, U.S. Secretary of State Hillary Clinton called on Russia to stop selling weapons to Assad’s regime during an interview with CBS News yesterday.

“Syrians want change. But whether Westerners believe it or not, most people in Damascus, in Aleppo, the middle classes, the merchant classes and the [sectarian] minorities believe Assad is the only person who can bring in reforms,” he said. “They fear two things above all else – civil war and Western intervention … They would like to avoid the example of Libya because it would lead them into civil war,” said Crooke.

As Tony Cartalucci has documented, it appears as thought the establishment press is mirroring how it embellished accounts of Gaddafi’s brutality in an effort to exaggerate the horror of Assad’s crackdown, as the west is prepared for yet another war even as America and the economies of major powers in Europe begin to crumble.

However, the desire to strike Syria is somewhat less enthusiastic than NATO’s willingness to go into Libya, which as Pepe Escobar points out, might have something to do with the fact that “Syria, unlike Libya, is not sitting on immense oil and gas wealth”.

Escobar adds that Syria will only become vulnerable if the country’s middle class loses faith in Assad’s government.

“The Assad regime has done the math and realized it won’t fall as long as the protests don’t reach the capital Damascus and the major city of Aleppo – that is, convulse the urban middle class. The security/military apparatus is fully behind Assad. All Syrian religious minorities make up at least 25% of the population; they are extremely fearful of Sunni fundamentalists. Secular Sunnis for their part fear a regime change that would lead to either an Islamist takeover or chaos. So it’s fair to argue the majority of Syrians are indeed behind their government – as inept and heavy-handed as it may be,” he writes.