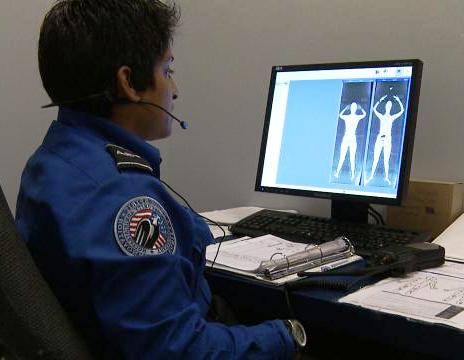 Advocacy group Electronic Privacy Information Center (EPIC) has written to ranking members of the House Homeland Security subcommittee on transportation, demanding that funding for the TSA’s full body scanner program be halted until the agency complies with a now year old federal court order to hold public hearings on the program.

In its letter (PDF) to Representatives Mike Rogers and Sheila Jackson-Lee, EPIC noted “…given recent disclosures regarding the agency’s practice we believe funding for the body scanner program should be suspended until public rulemaking is completed.”

The group outlined the fact that during a recent House oversight hearing, the TSA contradicted earlier statements it had made regarding the reasons the agency was reportedly moving backscatter XRay scanners to smaller airports.

Indeed, it was revealed that the TSA had instead shipped 91 of the machines, worth millions of dollars, to storage warehouses.

“…the TSA website has failed to explain the contradiction between TSA’s announcement that it is moving backscatter machines to smaller airports and the revelation that the machines are all being moved to warehouses.” EPIC notes.

EPIC also notes that the real reason the machines were removed was because the TSA has failed to implement privacy software on the machines and that tests were potentially manipulated by the vendor, Rapiscan.

EPIC also notes that during the House hearing, the TSA claimed it did not underestimate concerns for privacy among the public, despite the fact that there were national protests, petitions, complaints and a court order from the D.C. Circuit Court of Appeals to undertake public rulemaking.

“TSA did not think the privacy concerns of the public warranted public comment on the initial implementation of the body scanner program, and despite a subsequent court order over a year ago to implement notice-and-comment rulemaking, TSA still has not undertaken a public rulemaking.” the letter reads.

As we reported in September, the court that previously ruled the TSA’s deployment of body scanners was illegal and demanded the agency comply “promptly” with the order to hold public hearings, has since backed off the issue, effectively allowing the TSA to continue to ignore its responsibility on the matter.

The court effectively caved to the agency’s appeals, allowing the TSA until the end of March 2013 to begin the public engagement process, meaning that by that time a full 20 months will have passed since the original court order, and almost four years will have elapsed since the agency officially rubber stamped the deployment of the body scanners.

In its latest letter to Congress, EPIC also notes that during the House oversight hearing, the TSA once again repeated claims regarding the capabilities of the body scanners that have been proven misleading. The TSA officials at the hearing claimed that images of passengers taken by the machines cannot be stored or printed.

“Documents obtained by EPIC make clear that the devices are capable of storing and transmitting images because the agency required this functionality as part of its own procurement specifications.” EPIC notes.

EPIC also notes that, despite claims to the contrary by TSA officials during the oversight hearing, surveys have shown that passengers are not aware that they can opt out of body scans.

EPIC further argues that “The option to opt out is meaningless if the agency fails to inform travelers that the devices will capture an image of the travelers stripped naked.”

In addition to restricting funding for the scanners, the advocacy group asks that Congress “Require TSA to make publicly available all results of tests performed on body scanners,” and “Require TSA to make publicly available an accounting of the money spent on airport screening technology as well as an evaluation by the agency as to the effectiveness of these techniques.”

EPIC has attempted on no less than THREE occasions over the past 12 months to get the D.C. Circuit Court of Appeals to enforce the law on the TSA. In its petition issued earlier this year, EPIC noted that the agency’s delay in acting poses risks to travelers, defies the Court’s authority, and is flat out unlawful.