Violent factions of the mostly peaceful Pro-democracy movement in Hong Kong took to the streets this once again this weekend – attacking two subway stations, igniting street fires and desecrating Chinese flags – one of which was set on fire before it was dropped into a dumpster and pushed into a river, according to the Associated Press and SCMP. 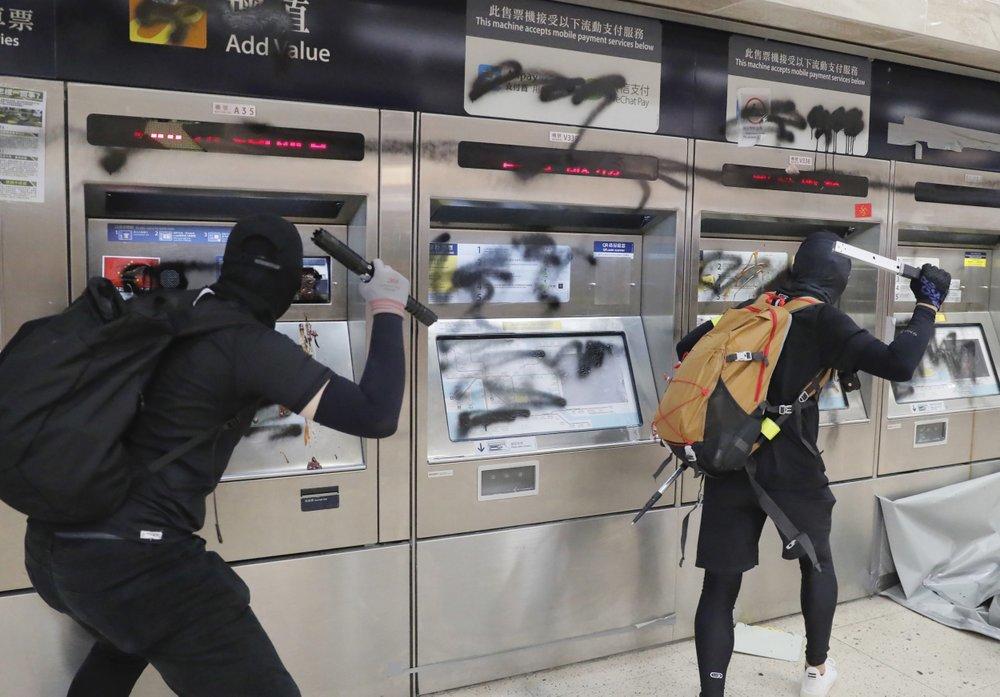 A group of protesters in the centre of Sha Tin's New Town Plaza have taken a Chinese flag and are walking over it and dragging it across the bottom floor of the mall, as a procession follows a leader to chants of “add oil”.

On Sunday, protesters ransacked a shopping mall in Sha Tin – targeting businesses with ties to mainland china, or otherwise seen as pro-government or pro-police. This drew a response from riot police, who deployed tear gas and beanbag rounds.

Demonstrators had vowed to disrupt airport operations by blocking access roads, but a heavy police deployment along road and rail links prevented travel chaos. The action shifted from Sha Tin to Tsing Yi and Kwai Fong, as protesters heckled police and damaged MTR facilities, before ending up at Prince Edward, a flashpoint for demonstrations as officers opened fire with beanbag rounds outside Mong Kok Police Station. –SCMP

According to Reuters, a man who admonished the protesters was reportedly beaten for 20 minutes before escaping.

The protests – now in their 16th week – were sparked by a now-withdrawn extradition bill, and have since morphed into a general pro-democracy / anti-government movement.