If There Is a Run on the Banks, Know Who To Blame 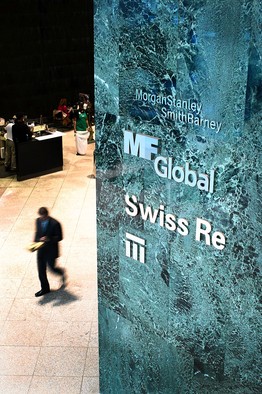 Following our coverage last week of the fallout from the collapse of MF Global, Gerald Celente appeared on the Alex Jones Show numerous times to warn listeners that the only way to really ensure their money was protected was to withdraw it all from banks and financial institutions without delay.

Celente was a high-profile victim of the theft of almost $1 billion in funds that was stolen from MF Global customers and its subsidiaries and has since gone “missing” after reports the money was initially transferred to JP Morgan. Celente himself lost a six figure sum that he was preparing to cash in to take physical delivery of gold bullion in December.

Celente’s fury at being looted by MF Global prompted him to encourage Americans to cash out of all gold ETFs and withdraw their funds from the bank because “they are going to steal all our money”.

This prompted Forbes’ Kenneth Rapoza to write an article entitled, Talk Show Host Alex Jones & Guest Call For Run On Banks, which suggested that Celente’s “inflammatory” rhetoric led to him and Jones advocating “it is time to take the money and run.”

Although Rapoza’s article is by no means a hit piece, it fails to address the real culprits should a bank run ever unfold. It is not Alex Jones or Gerald Celente’s “inflammatory” rhetoric that will be to blame, it’s financial terrorists like the bosses at MF Global who knew of its impending collapse weeks ahead of time, along with the fiat funny money debt-based system that allows banks to loan out many more times the capital that they ever actually hold.

While the vast majority of MF Global customers were completely unaware that their money was about to be swiped, big players like the billionaire Koch brothers got a heads up and were able to empty their accounts before the firm’s downfall.

We also know that MF Global insiders conducted an internal bank run days before the collapse of the doomed financial broker, “unexplained wire transfers” that led to a $900 million shortfall in client funds. MF Global failed to inform the Commodity Futures Trading Commission until the day after, clearly indicating the transfers were made, “in a manner that may have been designed to avoid detection,” as the CME Group stated.

Far from encouraging bank runs, Jones and Celente were merely trying to expose an internal bank run that had already taken place. Suggesting they might be responsible in some way or are ‘calling for a run on the banks’ is like accusing the people protesting in Greece and Italy of causing the European debt crisis.

If and when bank runs do occur in America, know who to blame. It won’t be radio hosts or private investors, it will be the economic terrorists, MF Global prime amongst them, whose corrupt and fraudulent actions have completely undermined the credibility of the entire financial system.

The prospect of bank runs is not something being promoted from the bottom up, it’s an eventuality most of the big boys are already prepared for.

While Rapoza tries to assure his readers that “investors holding cash in simple savings and checking accounts are protected by the FDIC up to $250,000 even in the case of bank failure,” recent policy changes have caused that guarantee to come under more scrutiny.

Last year America’s third largest bank Citibank notified its customers of a new policy reserving the right to block cash withdrawals for a period of 7 days.

“Effective April 1, 2010, we reserve the right to require (7) days advance notice before permitting a withdrawal from all checking accounts. While we do not currently exercise this right and have not exercised it in the past, we are required by law to notify you of this change,” stated the advisory.

The controversy stoked fresh doubt about the FDIC’s shaky guarantee that it could insure deposits in the event of a bank run, highlighting the fact that banks simply do not have anywhere near the reserves to cover such a scenario thanks to the fiat money system where debt is leveraged many times over.

Financial experts have predicted that the failure of 300-500 U.S. banks would absorb all of the FDIC’s insurance funds. This is why there is a genuine fear that the FDIC is completely incapable of containing a run on the banks. It’s not an exercise in paranoid conspiracy theories or “inflammatory” rhetoric, it’s a harsh dose of reality.

This is why Celente, having already been burned by an internal run on a bank, is encouraging Americans to not become victims of financial terrorists, by protecting their wealth with the only real safe haven left – gold bullion.