In Addition To Vaccines, Rockefeller Foundation Presents Anti-Fertility GM Food for “Widespread Use” 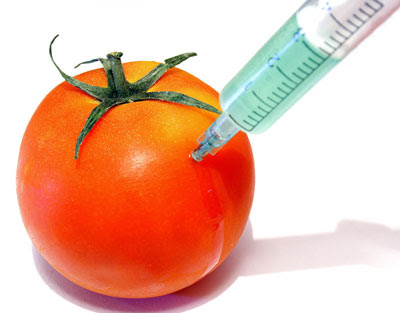 It seems there is no limit to the Rockefeller Foundation’s ambitions to introduce anti-fertility compounds into either existing “health-services”, such as vaccines, or- as appears to be the case now- average consumer-products.

The 1985 Rockefeller Foundation’s annual report underlined its ongoing dedication towards finding good use for the anti-fertility substance“gossypol”, or C30H30O8 – as the description reads.

Indeed, gossypol, a toxic polyphenol derived from the cotton plant, was identified early on in the Foundation’s research as an effective sterilant. The question was, how to implement or integrate the toxic substance into crops.

“Another long-term interest of the Foundation has been gossypol, a compound that has been shown to have an antifertility effect in men, By the end of 1985, the Foundation had made grants totaling approximately $1.6 million in an effort to support and stimulate scientific investigations on the safety and efficacy of gossypol.”

In the 1986 Rockefeller Foundation annual report, the organization admits funding research into the use of fertility-reducing compounds in relation to food for “widespread use”:

“Male contraceptive studies are focused on gossypol, a natural substance extracted from the cotton plant, and identified by Chinese researchers as having an anti-fertility effect on men. Before widespread use can be recommended, further investigation is needed to see if lowering the dosage can eliminate undesirable side-effects without reducing its effectiveness as a contraceptive. The Foundation supported research on gossypol’s safety, reversibility and efficacy in seven different 1986 grants.”

It seems that the funded scientists have indeed found a way of “lowering the dosage” of gossypol, circumventing the toxicity of the substance, so as to suppress or even eliminate these “undesirable side-effects”, which include:  low blood potassium levels, fatigue, muscle weakness and even paralysis. If these effects could be eliminated without reducing the anti-fertility effects, the Foundation figured, it would be a highly effective and almost undetectable sterilant.

Although overtly, research into and development of gossypol as a anti-fertility compound was abandoned in the late 1990s, the cottonseed containing the substance was especially selected for mass distribution in the beginning of the current decade. Around 2006 a media-campaign was launched, saying the cottonseed could help defeat hunger and poverty.

In 2006, NatureNews reported that RNA interference (or RNAi) was the way to go. On the one hand it would “cut the gossypol content in cottonseeds by 98%, while leaving the chemical defenses of the rest of the plant intact.” Furthermore, the article quoted Dr. Deborah P. Delmer, the Rockefeller Foundation’s associate director of food security, who was quick to bury any concern:

“Deborah Delmer, associate director of the Rockefeller Foundation in New York City and an expert in agricultural food safety, points out that a benefit of using RNAi technology is that it turns off a gene process rather than switching on a novel function. “So instead of introducing a new foreign protein, you’re just shutting down one process,” Delmer says. “In that sense, I think that the safety concerns should be far less than other GM technologies.”

“A gossypol-free cottonseed would significantly contribute to human nutrition and health, particularly in developing countries, and help meet the requirements of the predicted 50 percent increase in the world population in the next 50 years.”

“Rathore’s study”, states the article, “represents the first substantiated case where gossypol was reduced via genetic engineering that targets the genes that make the toxin.”

I bring into recollection the statement made by the Rockefeller Foundation in its 1986 annual report, which reads:

“Before widespread use can be recommended, further investigation is needed to see if lowering the dosage can eliminate undesirable side-effects without reducing its effectiveness as a contraceptive.”

In the 1997 Foundational report, Rathore is mentioned (page 68). A postdoctoral fellowship-grant was given to a certain E. Chandrakanth “for advanced study in plant molecular biology under the direction of Keerti S. Rathore, Laboratory for Crop Transformation, Texas A&M University, College Station, Texas.”

Compromising connections, in other words, for someone who claimed academic objectivity in regards to gossypol and its sterilizing effects. Rathore explained the workings of RNAi in a 2006 issue of the Proceedings of the National Academy of Sciences.

“Cottonseed toxicity due to gossypol is a long-standing problem”, Rathore said, “and people have tried to fix it but haven’t been able to through traditional plant breeding. My area of research is plant transgenics, so I thought about using some molecular approaches to address this problem.”

Rathore also mentioned the desired main funder of his work without actually saying the name:

“we are trying to find some partners and will probably be looking at charitable foundations to help us out in terms of doing all kinds of testing that is required before a genetically engineered plant is approved for food or feed. We are in the very early stages and have a lot of ideas in mind, but we need to pursue those. Hopefully, we can find some sort of partnership that will allow us to do them.”

He also expressed the final adaptation of the cottonseed for widespread use is something of the long term:

“(…) right now there are many hurdles when you are dealing with a genetically modified plant. But I think in the next 15 or 20 years a lot of these regulations that we have to satisfy will be eliminated or reduced substantially.”

The Foundation, as is evident from the statements of Rockefeller’s own Deborah Delmer, is more than interested. Even worse, through the process of readying gossypol for mass-distribution in food, the fulfillment of their longstanding goal of sterilizing the populous into oblivion comes into view.