Journalist and New York Times bestselling author Kurt Eichenwald posted an image showing child victims from a 1983 earthquake in attempt to pass off the photo as a consequence of President Trump pulling U.S. forces out of Syria.

“Child murder? Not a problem for @GOP anymore. Its a feature. Dont you complicit killers ONCE say “family values,” Eichenwald tweeted yesterday.

However, the photograph, which shows a woman crying over the corpses of five children, was taken in 1983 after an earthquake in Turkey’s eastern Erzurum province.

Children are being SLAUGHTERED!

Trump is golfing.@LindseyGrahamSC is watching a football game.@marcorubio is slamming gays, proclaiming his "traditional values."

Child murder?Not a problem for @GOP anymore. Its a feature.

The image is one of several dubious photographs to have been erroneously presented as evidence that Trump is complicit or responsible for war crimes.

Eichenwald has not deleted the tweet despite its completely fraudulent nature and hundreds of respondents pointing that out in response.

Turkey launched Operation Peace Spring last week in what it claims is an effort to eliminate terrorists and secure Turkey’s border while aiding the safe return of Syrian refugees to Syria. 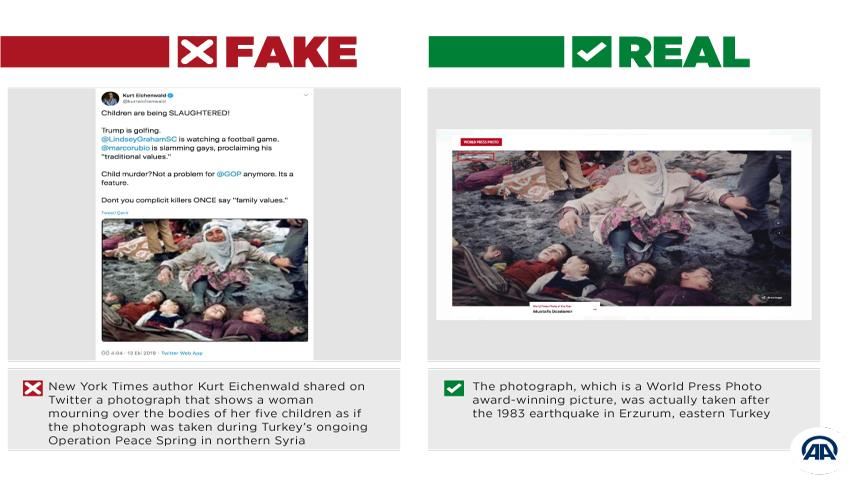