Lawmakers Push For US Invasion Of Africa Following Kony 2012 Fraud

Two House lawmakers have introduced a resolution that seeks to deepen US Military involvement in Africa on the back of the Kony 2012 hoax, despite the fact that Joseph Kony and his Lord’s Resistance Army have been virtually inactive for six years. 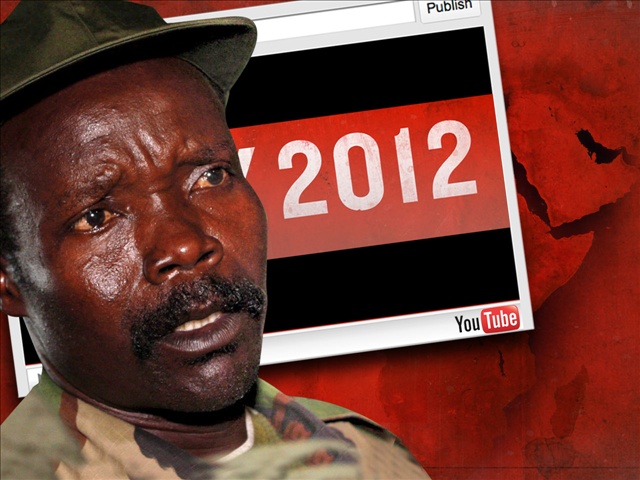 “The resolution, introduced by Reps. Jim McGovern, D-Mass. and Ed Royce, R-Calif., calls for, among other things, expanding the number of regional forces in Africa to protect civilians and placing restrictions on individuals or governments found to be supporting Kony,” reports CBS News.

As we have seen from US involvement in Libya and its attempts to destabilize Syria, the “humanitarian” justification is merely an excuse for expanding US hegemony into Africa where China has aggressively staked its claim.

As we highlighted on Monday, the establishment-manufactured hype surrounding Kony 2012 is nothing more than a cynical ruse designed to manipulate naive do-gooders into legitimizing another US-backed “humanitarian” assault aimed at swallowing up Africa’s resources and land under Africom.

While Joseph Kony and his army disappeared six years ago, Ugandans are being killed and evicted in their thousands by western entities right now – but nobody is making ‘viral’ films about the crisis and no celebrities are tweeting their displeasure.

Invisible Children, the group behind Kony 2012 has created a groundswell of support for Uganda’s dictator Yoweri Kaguta Museveni, a man who has been in control of the country for 30 years and was returned to power in an election last year that was rife with fraud according to European Union observers.

Museveni has been implicated in genocide after ordering his guards to shoot and kill civilians. He is also notorious for bumping off his political enemies.

“The group is in favour of direct military intervention, and their money supports the Ugandan government’s army and various other military forces,” writes the Visible Children website, which has documented the hoax behind Kony 2012. “Here’s a photo of the founders of Invisible Children posing with weapons and personnel of the Sudan People’s Liberation Army. Both the Ugandan army and Sudan People’s Liberation Army are riddled with accusations of rape and looting, but Invisible Children defends them, arguing that the Ugandan army is “better equipped than that of any of the other affected countries”, although Kony is no longer active in Uganda and hasn’t been since 2006 by their own admission. These books each refer to the rape and sexual assault that are perennial issues with the UPDF, the military group Invisible Children is defending.”

The Kony 2012 group itself has been exposed as a ruthless business empire that spends the majority of its income on its own expenses. The organization refuses to allow its financials to be properly audited and has a low two-star rating in accountability from Charity Navigator.

“By IC’s own admission, only 31% of all the funds they receive go toward actually helping anyone [pdf],” writes The Daily What. “The rest go to line the pockets of the three people in charge of the organization, to pay for their travel expenses (over $1 million in the last year alone) and to fund their filmmaking business (also over a million) — which is quite an effective way to make more money, as clearly illustrated by the fact that so many can’t seem to stop forwarding their well-engineered emotional blackmail to everyone they’ve ever known.”

With Barack Obama already having sent 100 U.S. troops into Africa to “hunt down” Kony, expect a whole host more to be dispatched if the establishment manages to stem the tide of the backlash against the Kony 2012 scam which has come from all quarters, most notably Ugandan citizens themselves.