Tom Peck, A writer for The Independent was accused of incited violence against Tommy on Twitter. 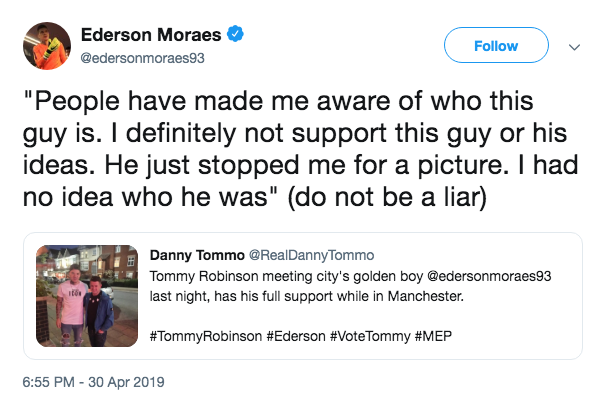 the Political Sketch Writer for the Indy tweeted: “The guy with the longest drop kick in the world gets stopped in the street by Tommy Robinson, and he doesn’t know who he is. Opportunity wasted… ” said Peck. 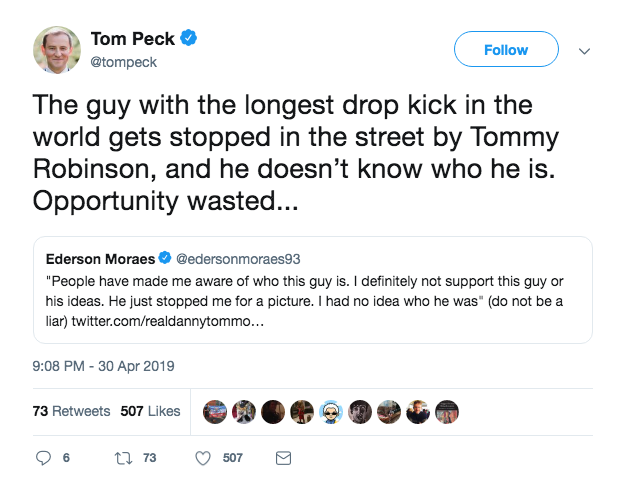 Then, a senior Financial Times journalist joined in laughing at the call for violence. 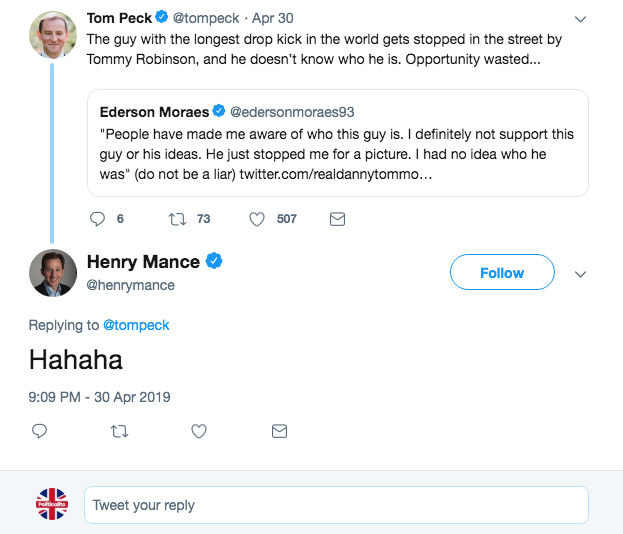 Henry Mance, who is the Chief features writer at the Financial Times tweeted: “Hahaha”.

It seems the leftist Mainstream Media wants you to do as they say, not as they do.