Performs even better against Sanders & Warren amongst college educated Americans.

A new Zogby poll shows President Trump beating all the potential Democratic candidates in a hypothetical 2020 run off.

The figures also show that amongst college educated Americans, Trump performs even better when up against the farthest left candidates, beating Warren and Sanders 50-45%. 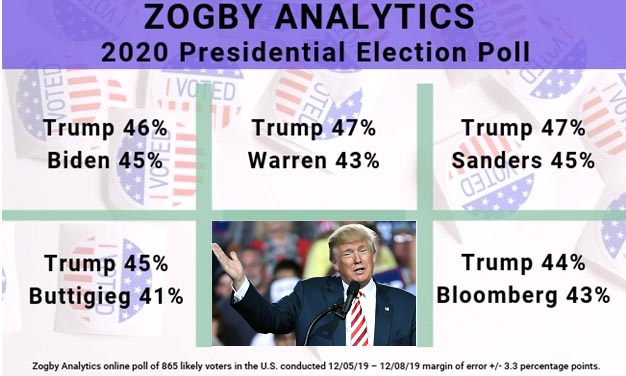 The numbers are particularly impressive given the onslaught of attacks and negative media coverage Trump has received.

“The scale of media involvement in the 2020 election will likely be the most massively biased propaganda effort in the history of U.S. media manipulation,” comments Conservative Treehouse. “Together with the big tech effort from control operatives in social media, the scale of unified effort is likely to exceed Orwellian proportions.”