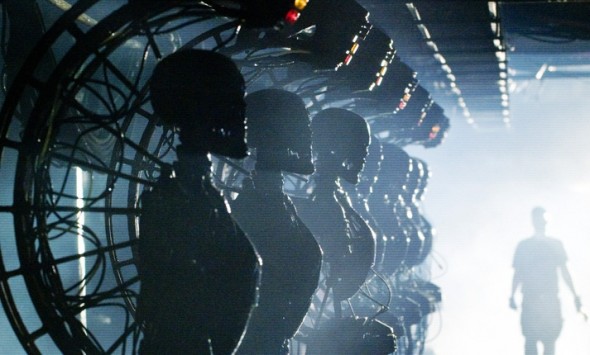 The Department of Defense has awarded a lucrative contract to an engineering and robotics design company to develop and build humanoid robots that can act intelligently without supervision.

Boston Dynamics Inc [2]. has been contracted by the Defense Advanced Research Projects Agency (DARPA), the agency responsible for the development of new technologies for use by the military, in a deal worth $10.9 million.

The DoD announced Tuesday [3] that “The robotic platforms will be humanoid, consisting of two legs, a torso, two arms with hands, a sensor head and on board computing.”

“The plan identifies requirements to extend aid to victims of natural or man-made disasters and conduct evacuation operations.” reads the brief, first released in April as part of DARPA’s ‘Robotics Challenge’.

The robots will operate with “supervised autonomy”, according to DARPA, and will be able to act intelligently by themselves, making their own decisions if and when direct supervision is not possible.

The Pentagon also envisions that the robots will be able to use basic and diverse “tools”.

“The primary technical goal of the DRC is to develop ground robots capable of executing complex tasks in dangerous, degraded, human-engineered environments. Competitors in the DRC are expected to focus on robots that can use standard tools and equipment commonly available in human environments, ranging from hand tools to vehicles, with an emphasis on adaptability to tools with diverse specifications.” reads the original brief.

The robots are set to be completed by Aug. 9, 2014, according to the contract.

Boston Dynamics has enjoyed a long working relationship with DARPA, during which time it has developed the rather frightening BigDog. This hydraulic quadruped robot can carry up to 340lb load, meaning it can be effectively weaponised, and recovers its balance even after sliding on ice and snow:

The company has also developed the CHEETAH- Fastest Legged Robot, a four-footed robot that gallops at 18 mph:

The company also developed RiSE, a robot that climbs vertical terrain such as walls, trees and fences, using feet with micro-claws to climb on textured surfaces:

In addition to a host of other smaller robots, Boston Dynamics is also developing PETMAN, a robot that simulates human physiology and balances itself as it walks, squats and does calisthenics:

While the Pentagon says the robots are for “humanitarian” missions, one cannot avoid thinking of the propensity to adapt this kind of military style technology for other more aggressive purposes.

Indeed, the Pentagon has, in the past, issued a request to contractors to develop teams of robots that can search for, detect and track “non-cooperative” humans in “pursuit/evasion scenarios”. [5]

Issued in 2008, the request, called for a “Multi-Robot Pursuit System” to be operated by one person.

The proposal described the need to

“…develop a software/hardware suit that would enable a multi-robot team, together with a human operator, to search for and detect a non-cooperative human subject.

The main research task will involve determining the movements of the robot team through the environment to maximize the opportunity to find the subject, while minimizing the chances of missing the subject. If the operator is an active member of the search team, the software should minimize the chance that the operator may encounter the subject.”

It is seemingly important to the Pentagon that the operator should not have to come into contact with the person being chased down by the machines.

“The software should maintain awareness of line-of-sight, as well as communication and sensor limits. It will be necessary to determine an appropriate sensor suite that can reliably detect human presence and is suitable for implementation on small robotic platforms.”

Paul Marks at The New Scientist [6] pointed out such proposals are somewhat concerning, because they inevitably will be adapted for domestic purposes such as crowd control [7].

“…how long before we see packs of droids hunting down pesky demonstrators with paralysing weapons? Or could the packs even be lethally armed?” Marks asks.

“The giveaway here is the phrase ‘a non-cooperative human subject’.

What we have here are the beginnings of something designed to enable robots to hunt down humans like a pack of dogs. Once the software is perfected we can reasonably anticipate that they will become autonomous and become armed.

We can also expect such systems to be equipped with human detection and tracking devices including sensors which detect human breath and the radio waves associated with a human heart beat. These are technologies already developed.”

Indeed, noted as PHASE III on the Pentagon proposal was the desire to have the robots developed to “intelligently and autonomously search”.

Top robotics expert, Noel Sharkey, Professor of Artificial Intelligence and Robotics at the University of Sheffield, has previously warned [9] that the world may be sleepwalking into a potentially lethal technocracy and has called for safeguards on such technology to be put into place.

In 2008, Professor Sharkey told listeners of the Alex Jones show:

“If you have an autonomous robot then it’s going to make decisions who to kill, when to kill and where to kill them. The scary thing is that the reason this has to happen is because of mission complexity and also so that when there’s a problem with communications you can send a robot in with no communication and it will decide who to kill, and that is really worrying to me.”

The professor also warned that such autonomous weapons could easily be used in the future by law enforcement officials in cites, pointing out that South Korean authorities are already planning to have a fully armed autonomous robot police force in their cities.

Steve Watson is the London based writer and editor for Alex Jones’ Infowars.com [10], and Prisonplanet.com [1]. He has a Masters Degree in International Relations from the School of Politics at The University of Nottingham in England.