Petrol Bombs, Rubber Bullets And A Stormtrooper Waving An American Flag; Another Sunday In Hong Kong

To prepare for the encounter, protesters dug bricks from pavements, set up barricades at the closed Admiralty MTR Station, and hurled molotov cocktails and other firebombs – hitting a water cannon truck and setting it on fire, according to Reuters and HKFP. 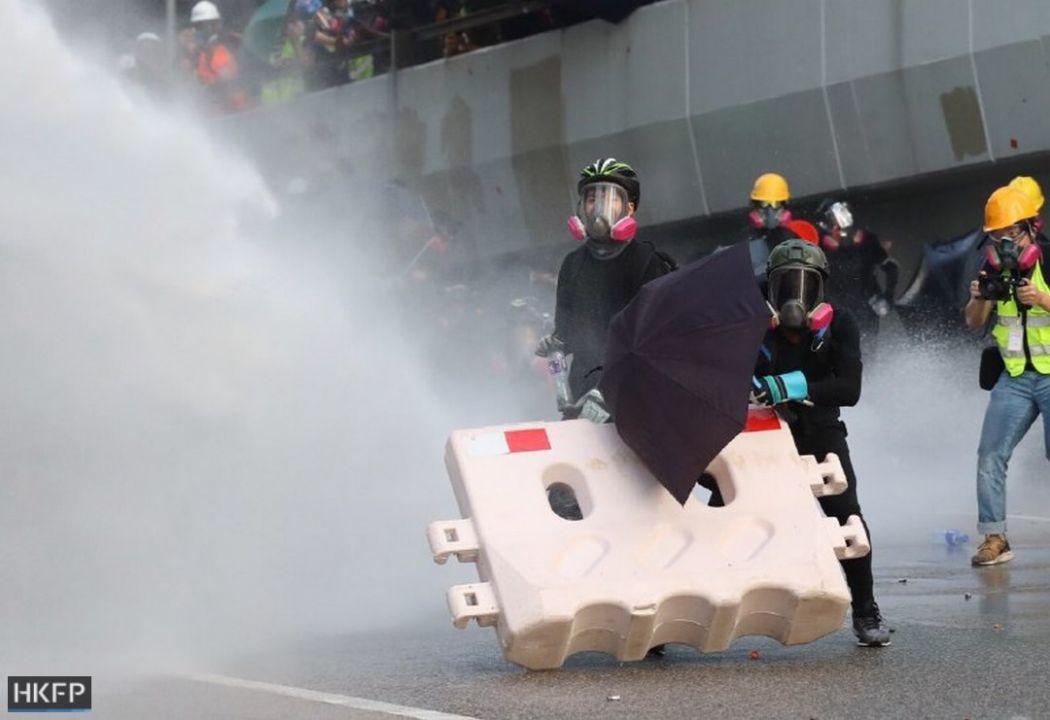 Protesters also set fire to a banner honoring the 70th anniversary of the founding of the People’s Republic of China, Reuters reports. 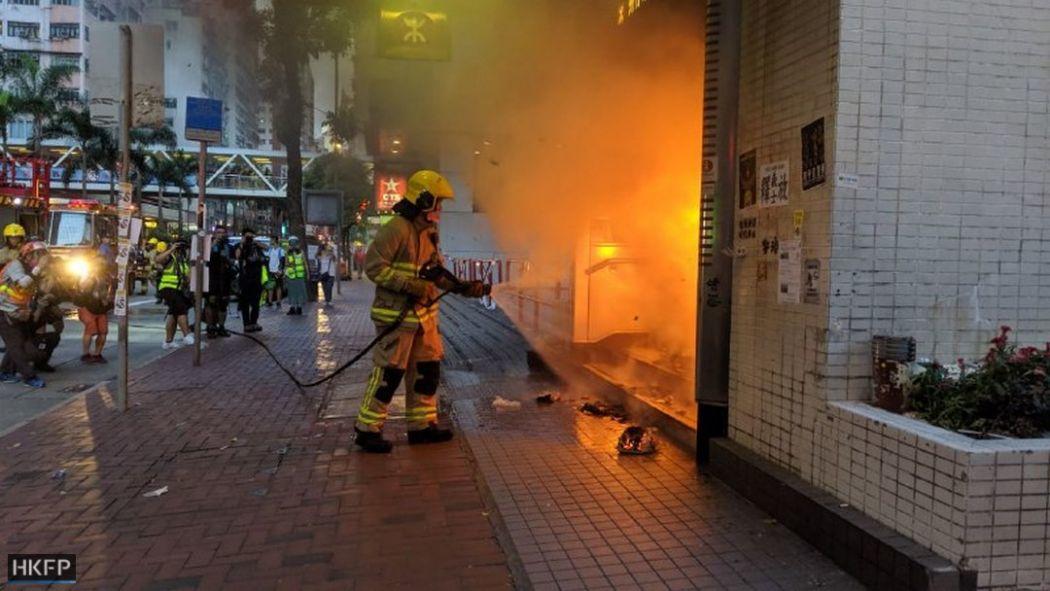 At one point a middle-aged man was beaten on Cloucester Road, according to SCMP:

“Of course, the police force try to make use of the MTR system to deploy increased manpower to suppress our movement. But I do not think Hong Kong people will back down and if [police] try to use any excessive power to stop them, they will just spread to other parts of Hong Kong,” said Lam.

One man wearing a stormtrooper mask climbed on top of a tram and was seen waving an American flag and a light saber while the Star Wars theme blared in the background.

A black-clad person wearing a storm trooper mask, from the franchise Star Wars, has scaled a tram stop on Des Voeux Road Central, waving a toy light laber and a US flag, to approving cheers from the crowd.

“Even though the police rejected our march today we will still come out because it is our right to do it,” said a 24-year-old registered nurse “Ms Chow,” who says she has joined the protest most weekends. “I think the majority of Hong Kong people are not afraid of coming out.”

According to HKFP, a large banner reading “I want democracy” was unfurled across from the Central Government Offices.

The months-long protest were sparked by a controversial extradition bill which would allow suspects to be sent to mainland China to face trial. It has since evolved into a general anti-government movement revolving around five demands – “withdraw the extradition bill, retract the categorisation of protests as riots, drop all charges against those involved in the movement, investigate police misconduct, and transition to full democracy,” according to HKFP. And while the extradition bill was withdrawn completely (after first ‘pausing’ it), the protests have shown no signs of slowing down.

“We’re not satisfied with the withdrawal [of the extradition bill]. It’s too late,” a 40-year-old teacher who wished to remain anonymous told HKFP, so said she considered the cancelation of Sunday’s march to be unacceptable.

“After three months, she just said those two words – she has been playing these word games. It’s dirty, the whole government is dirty,” added the teacher.