Police are investigating a Facebook comment by a Labour Party supporter who claimed that he burned a thousand Brexit Party ballot papers before the recent Peterborough by-election and “laughed whilst doing it”.

“She [Lisa Forbes] got nominated (elected) because 3 people including me burned over a [sic] 1000 votes for TBP [The Brexit Party], and laughed while doing it,” said Alan Roddis.

“That is what we have to do to stop fascist scum like [Nigel] Farage never see power,” he added. 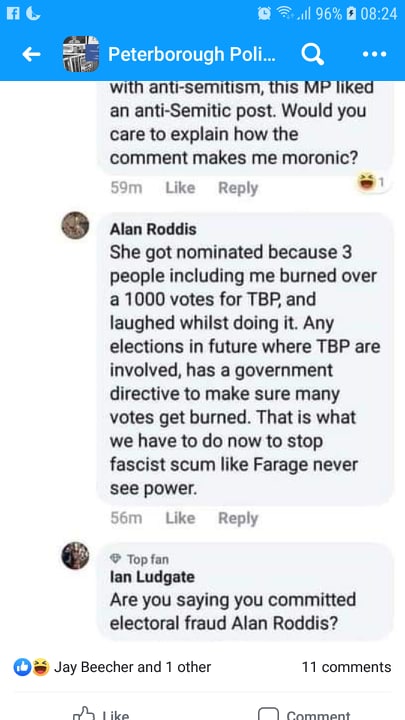 Labour went on to win the election by just 683 votes, meaning that if the Labour Party supporter’s boast is true, he swung the outcome of the election.

The claim was made “in a closed group called ‘Peterborough Politics’ – a popular local discussion forum on Facebook” which has previously promoted “extreme and anti-semitic ideologies, including many made by local Labour activists,” reports Politicalite. 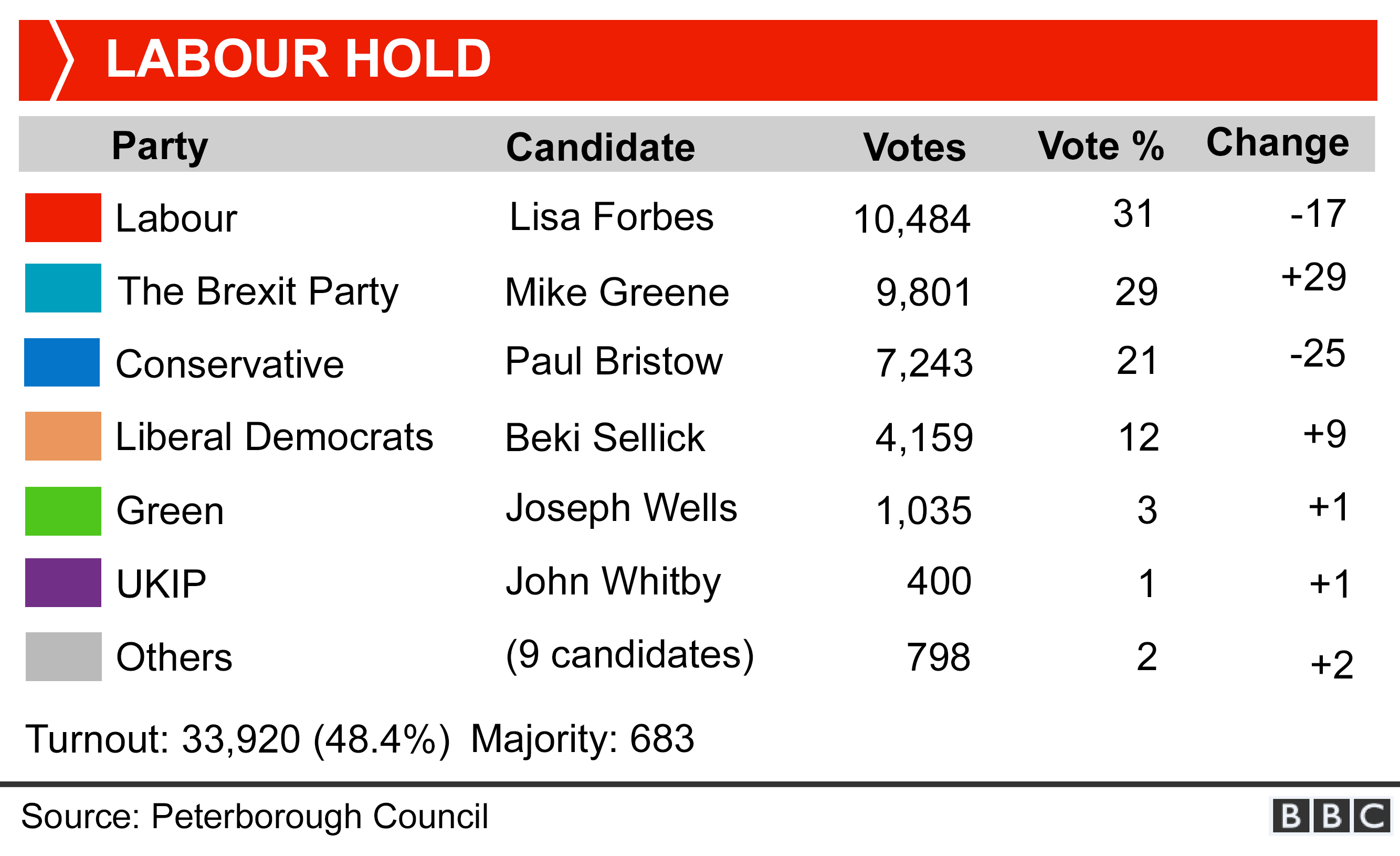 Police are now reportedly investigating the matter after the Brexit Party passed on the information. They also handed it to the press, although coverage has been minimal.

This story should be a national scandal in the United Kingdom, yet no mainstream media outlet dares touch it.

Imagine if a Brexit Party supporter had admitted burning a thousand Labour Party ballot papers and Labour had lost the election by less than a thousand votes.

It would be massive story. As for this, not a peep.