Project Fear Goes To ’11’: Brexit Could Lead To Thousands Of Deaths, Mass Hunger

If you listen to the government tell it, a post-“hard” Brexit Britain will inevitably resemble the post-apocalyptic Australia from “Mad Max”: A post-apocalyptic hellscape where Britons will be forced to battle it out “Thunderdome”-style for access to scare essentials like food, medicine and “guzzoline”.

Sound outlandish? Well, that’s because it probably is. The notion that reverting to WTO rules on trade would cause anything beyond a transient disruption to supply chains is ridiculous on its face. Most of this blatant fearmongering can be attributed to a very effective propaganda campaign we’ve dubbed “Project Fear”. In recent weeks, May’s government has staged traffic jams near would-be border checkpoints and warned that the hit to economic growth will linger for years, if not decades. 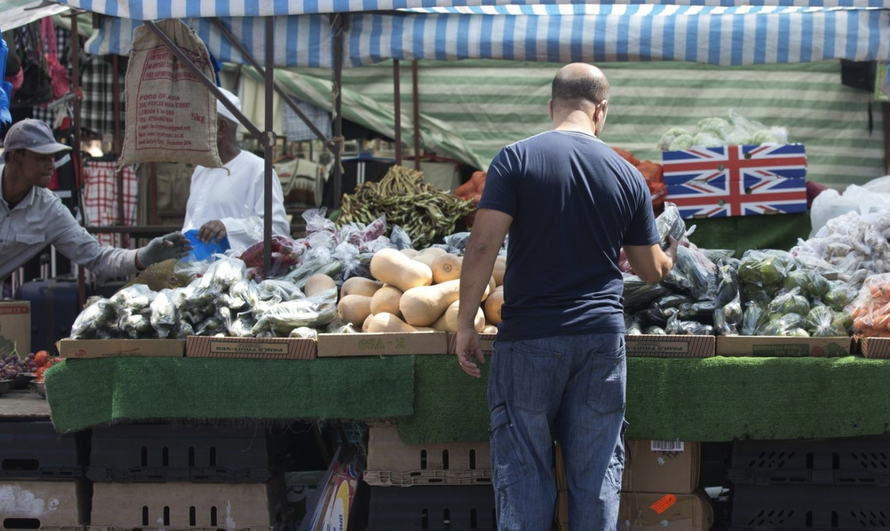 Yet, out of naivety or shrewdness, Brexiteer MPs have largely ignored these warnings and continued to oppose May’s deal, despite her insistence that it is Britain’s “best and only” option. So far, the EU has refused to reopen negotiations on the Withdrawal Agreement, prompting May’s latest attempt to transform a wave of resistance into a surmountable obstacle by winning support for an amendment that she could then pitch to the EU27 as the only workable arrangement. But like her other plans, this too appears to be mired in conflict.

Fearful of the shortages that could lie just around the corner, both warehouses and UK citizens have begun hoarding food, medicine and other supplies. Perhaps realizing that they have pushed the country to the brink of hysteria, PM May’s government on Monday tried to walk back some of the more outrageous claims, assuring citizens that there will be enough to eat in the event of a hard Brexit, though prices on fresh foods could see a temporary spike. The walk back followed another warning from supermarket chains about possible supply shortages if ‘no deal’ goes through.

“The U.K. has a high level of food security based on a wide range of sources, including strong domestic production and imports from other countries,” James Slack told reporters in London on Monday afternoon. “This will continue to be the case whether we leave the EU with our without a deal.”

On the face of it, the statement – in response to a warning from food retailers – is uncontroversial. But the government of the world’s fifth-largest economy having to reassure its citizens they’ll have food is a mark of the atmosphere pervading the nation.

Alas, this wasn’t the only example of fearmongering to circulate in the press so far this week. A study by several UK universities concluded that a ‘no-deal’ Brexit could lead to “thousands more deaths” by 2030, according to Bloomberg. The reason? Get this – rising fruit and vegetable prices, which could lead to a spike in unhealthy eating.

Any deal under which the UK exits the EU will push up prices, cutting the amount of fresh produce people buy, it said.

The new study, from Imperial College London and the University of Liverpool, used data from the World Health Organization and HM Revenue and Customs to model the impact of Brexit on health.

All scenarios assumed an increase in trade tariffs and transaction costs – extra costs that the UK will be required to pay on imported goods.

And as if the level of hysteria wasn’t already at a fever pitch, the Associated Press reported that Jews living in the UK are so concerned about Brexit that they’re literally applying for German citizenship, waging that a return to the land where their ancestors were slaughtered would be a solid contingency plan in the event of ‘no deal’.

The German Embassy in London says it has received more than 3,380 citizenship applications since the Brexit referendum in June 2016 under article 116 of the German Constitution, which allows the descendants of people persecuted by the Nazis to regain the citizenship that was removed between 1933 and 1945.

In comparison, only around 20 such requests were made annually in the years before Brexit.

Through it all, May remains stuck between a rock and a hard place. MPs can’t agree on an alternative to her deal, making it impossible for her to try and sell an ‘alternative arrangement’ to the EU, while the EU remains publicly opposed to reopening the Withdrawal Agreement.

That should set everybody’s mind at ease.