ISPs would be forced to block websites by government decree

The newly introduced ‘rogue websites’ bill that has attracted bi-partisan support in the House will force Internet Service Providers to create a list of banned websites and prevent their users from accessing the sites, creating a Chinese-style ‘ban list’ that could easily be abused to silence free speech. 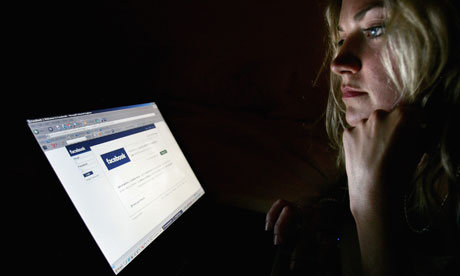 “US lawmakers introduced a bill on Wednesday that would give US authorities more tools to crack down on websites accused of piracy of movies, television shows and music and the sale of counterfeit goods,” reports AFP.

“The Stop Online Piracy Act has received bipartisan support in the House of Representatives and is the House version of a bill introduced in the Senate in May known as the Theft of Intellectual Property Act or Protect IP Act.”

Although the legislation is primarily aimed at foreign websites, it could just as easily be applied to all .com domains.

The most chilling part of the legislation makes it clear that this is about empowering the federal government to create a blacklist of banned websites.

“A service provider shall take technically feasible and reasonable measures designed to prevent access by its subscribers located within the United States to the foreign infringing site (or portion thereof) that is subject to the order, including measures designed to prevent the domain name of the foreign infringing site (or portion thereof) from resolving to that domain name’s Internet Protocol address,” states the bill.

The only difference between this system and the draconian measures currently in place in countries like Iran, China and North Korea, is that the ISP’s would be mandated to enforce the ban list, rather than the websites being blocked via a centralized government hub.

Note that the website only has to be “accused” of doing something the government deems unlawful to be blacklisted, there is no legal process whatsoever.

Given the fact that the U.S. government is now ordering You Tube to remove videos that contain “government criticism,” the potential for this legislation to be abused to silence political free speech is clear. Add to that the fact that Verisign, the global authority over all .com domain names, is demanding the power to terminate websites deemed “abusive” when ordered to by government without a court order or any kind of oversight whatsoever, and the threat to web freedom is clear.

The new legislation, “includes the most controversial parts of the Senate’s Protect IP Act, but radically expands the scope,” the Center for Democracy and Technology said in a statement. “Any website that features user-generated content or that enables cloud-based data storage could end up in its crosshairs.

“Internet Service Providers would face new and open-ended obligations to monitor and police user behavior,” the CDT said. “Payment processors and ad networks would be required to cut off business with any website that rightsholders allege hasn’t done enough to police infringement.”

As we have documented, lawmakers like Senator Joe Lieberman have teamed up with Department of Homeland Security officials to push draconian legislation in an effort to mimic the Communist Chinese system of policing the Internet. During a CNN appearance last year, Lieberman said the goal was to empower the U.S. government with an Internet kill switch.

“Right now China, the government, can disconnect parts of its Internet in case of war and we need to have that here too,” Lieberman told CNN’s Candy Crowley.

However, China’s “war” is not against foreign terrorists or hackers, it’s against people who dare to use the Internet to express dissent against government atrocities or corruption. China’s system of Internet policing is about crushing freedom of speech and has nothing to do with legitimate security concerns.

Lieberman has already acted to shut down websites without a court order or any form of oversight when Amazon axed Wikileaks from its servers after being pressured to do so by Lieberman’s Senate Homeland Security Committee.

The DHS has already seized dozens of websites merely for linking to copyrighted material, despite the fact that such material isn’t even hosted on the website itself, a process the Electronic Frontier Foundation has criticized as, “Blunt instruments that cause unacceptable collateral damage to free speech rights.”