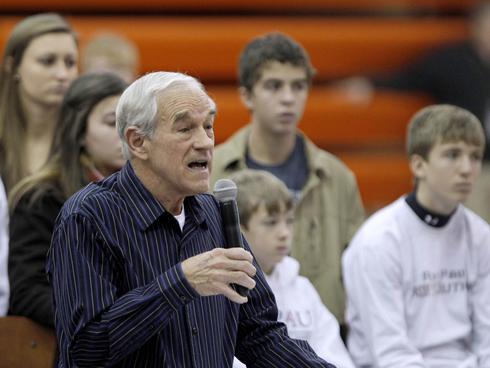 “I’ve been following Iowa GOP vote counts for a long time… They are being slow-walked… in 2012. Negotiations are going on… Cash is changing hands. Apparently GOP chieftains are ‘persuading,’ by one means or the other, Perry and Bachmann people who hold considerable sway over large blocs of votes to switch to Romney and Santorum – leaving Ron in the dust… Also abusing suddenly lax ID registration may have created many fake votes for neocons Santorum and Romney. Santorum has no organization, never drew over 100 people during his entire campaign. Of course he did bribe and received the benediction of of that ‘family’ leader who demanded 1 million dollars that were to be distributed in part to cronies. This is the biggest fraud since Kennedy stole the West Virginia Primary. Perry had built a pretty organization and was around 13% of the vote. He drew far larger crowds than Santorum and ends up with just 10%. Did those votes go. Santorum? Santorum didn’t earn 24% of the vote.”

In addition to irregularities in West Virginia, it was rumored that there was fraud in Kennedy’s favor in Chicago — where the vote was controlled by Mayor Daley’s political machine — and Texas where vice presidential candidate Lyndon Johnson was a senator.

Brad Friedman, usually astute on voting fraud matters, pointed out a number of “rules” not set by Iowa, but rather by the GOP establishment, including allowing voters to cast ballots without showing a photo ID.

On Tuesday, we warned that the GOP would try to fix the race in order to get rid of Paul. “Tonight’s final vote tally for the Iowa caucuses will take place at a secret undisclosed location, an announcement that has stoked fears of vote fraud amongst Ron Paul supporters, concerns that were heightened following a Republican insider’s claim that the GOP establishment will not allow Paul to win,” Paul Joseph Watson wrote for Infowars.com.

The secret location was announced after Occupy threatened to disrupt the vote counting process.

In characteristic gentlemanly fashion, Paul told his supporters the third place finish is “nothing to be ashamed of” and prepared them for the New Hampshire contest.

“I think there’s nothing to be ashamed of, everything to be satisfied, and be ready and raring to move on to the next stop, which is New Hampshire,” he said.