U.S. Government Plans to Push Americans Out of Suburbs to Move in Planned Cities (video)

Agenda 21 is an United Nations “action plan” that basically defines how citizens will live in the 21th Century. Under the guise of “eco-sustainability” and other “you-must-agree-with” buzz words, the plan ultimately reduces the freedoms and living conditions of citizens, not to mention reduce individual and property rights. A major component of this action plan is to get citizens out of rural and suburbans areas to get them to live in dense, highly planned and controlled mega-cities. The elite wants to see citizens use less space, own less land and real estate and they want them to fully depend on state-owned public transportation.

Corporations like IBM are highly involved in the creation of these “smart cities”. 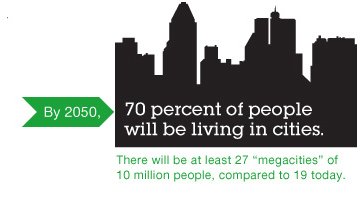 IBM has massive contracts lined up to create “smart cities”. And they are promoting them BIG TIME.

Concrete action is now being taken to push this plan forward. The U.S. government is looking to implement new policies to discourage people from living in the suburbs and to promote living in major cities. Here’s a report from FOX News about the plan. However, don’t be fooled however: While the report blames Obama and the Democrats for the plan, it was already in action when Bush and the Republicans were in power. Plans of the world elite advance no matter who’s in power.. Here’s the report.

Viewing this report reminded me of a short video I posted on Vigilant Citizen two years ago named “Planne-Opolis”. Created by the Forum for the Future (which was funded by corporations such as Bank of America, the City of London Corporation, PepsiCo UK, Time Warner, Royal Dutch Shell and Vodafone) the video describes how a planned city would work. While the little cartoon woman attempts to make it all seem amazing, the implications of this video are nothing less than chilling.

Here are some of the “lowlights” of the video:

Other scenarios conceived by Forum for the Future are slightly different but they all have common threads: drastic reduction of rights, privileges and freedoms; constant reference to  “an elite” having exclusive rights on cars and other luxuries; state controlling all aspects of life.

“Makes much sense, doesn’t it?” Nope, and get off my property.