As EU technocrats attempt to seize total control over national economies by exploiting the eurozone debt crisis to empower and enrich their own corrupt institutions, top banks like UBS are on hand to supply a helpful deluge of doomsday rhetoric in order to grease the skids for the takeover. 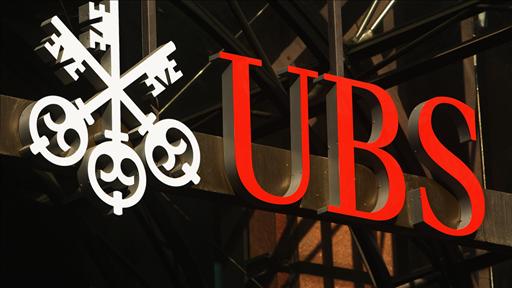 Warning that if a “fix” is not implemented imminently the world faces financial collapse, UBS’ Larry Hataway presents numerous “end of the world” scenarios in arguing that the eurozone needs to be preserved in its current form.

The whole piece is nothing less than an exercise in scaremongering. At one point, Hataway compares the situation to “the horrors of the first half of the 20th century,” suggesting that the crisis is on a similar scale to the impact of both world wars.

Hataway emphasizes his point by urging people to stock up on guns, food and gold.

“I suppose there might be some assets worthy of consideration—precious metals, for example. But other metals would make wise investments, too. Among them tinned goods and small calibre weapons,” he writes.

While such investment advice actually makes sense in the current climate, fearmongering about such dire scenarios is of course a ruse to browbeat Europeans into accepting the complete takeover of their countries by unelected technocrats.

As we reported yesterday, Brussels is preparing to change the Lisbon Treaty with the stroke of a pen in a bid to seize absolute control over euro member states in financial trouble. Under the terms of the new deal, the European Commission would be empowered “to impose austerity measures on eurozone countries that are being bailed out, usurping the functions of government in countries such as Greece, Ireland, or Portugal.”

Nation states would have to prostrate themselves in front of unelected EU technocrats in order to get their budgets approved, an outcome that would allow EU elitists to usurp “intrusive control” over national policy.

As part of this process, the pension funds of millions of Europeans will be raided to meet EU-IMF imposed austerity cuts. Portugal has already begun to transfer the assets from four of Portugal’s biggest banks to the state balance sheet in order to cut budget deficits as part of the requirements of its €78bn euro bailout.

Such a massive power grab is made easier by big banks like UBS greasing the skids with apocalyptic rhetoric and threats of doomsday scenarios should the EU not be granted complete autonomy.

This huge transfer of wealth from the population to global central banks their subsidiaries under the camouflage of “austerity” is already in full swing in Ireland, where the people are set to be hit with another VAT rise, a new property tax, tax hikes on goods, and a raising of the retirement age, while benefits for the poor are being cut across the board.

The world will not end if the eurozone disintegrates – Europe existed before the euro and it will continue to exist even if nations have to revert back to their old currencies.

There is no “fix” for the eurozone, the problems will continue to worsen so long as the same people who caused them in the first place continue to exploit the crisis as a means of enriching their own corrupt institutions by financially raping the population of an entire continent.